About Teenagers and Alcohol Abuse

Alcohol abuse is perceived to be fun and enjoyable for many teenagers, but it also leads to numerous accidental deaths and it can be dangerous. Many teenagers think drinking alcohol is okay since it is legal, and since they see others doing it, but since teenager’s brains are still developing, they are at a higher risk for making poorer decisions while they are under the influence of alcohol. 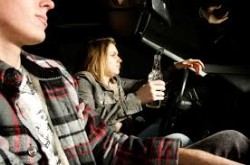 Drinking alcohol often causes teens to engage in risky behavior, such as drinking and driving.

Incidents Causing Death: A teenager’s prefrontal cortex, which is the decision maker of the brain, has not fully developed, which is why teenagers commonly engage in more risky and dangerous activities than adults. When alcohol abuse is in the picture, a teenager is more likely to engage in dangerous activities, and some of these activities can lead to accidental deaths.

According to the National Institute on Alcohol Abuse and Alcoholism, on average, 5,000 people under the age of 21 die every year from alcohol related incidents, such as suicides, car crashes, homicides, alcohol poisoning, and other injuries such as burns, falls, and drowning.

Increased Sexual Activity: Alcohol abuse can lead to increased sexual activity due to the impairment of judgment that the substance causes. This can lead to unwanted pregnancies and the spread of sexually transmitted diseases.

Injuries: A teenager under the influence of alcohol is more prone to injuries since their coordination will become altered, and their judgment impaired.

According to the National Institute on Alcohol Abuse and Alcoholism, in 2008, there were approximately 200,000 people under the age of 21, who visited an emergency room for alcohol related injuries.

Poor Decisions: Many poor decisions can be made while a person is under the influences of alcohol, and some of these decisions can come back and haunt a person after they sober up. Many teenagers get in fights with close friends while they are drinking, or become violent, which could land them in jail.

Physical Health and Brain Damage: One of the biggest dangers of teenage alcohol abuse is the physical damage it causes to a teenager’s body. Most people who abuse alcohol feel sick the next day, and large amounts of alcohol abuse can lead to alcohol poisoning, and cause damage to their brain.

A few days before April, a young man, just 18 years old and a student at Waimea High School, was killed when he lost control of his pickup truck in the wee hours of a Sunday morning in Kekaha. His girlfriend was seriously injured and medivaced to O‘ahu for treatment. A press release from the….

Drinkers Warned About Risk Of ‘Shakes’

People who consume three alcoholic drinks every day double their risk of getting the “shakes” in later life, researchers have found. Essential tremor, a common neurological disorder, affects an estimated 650,000 people in the UK. Although there are a number of factors which can cause the condition including an overactive thyroid and Parkinson’s disease, alcoholics….

The young woman in the bikini top and bottle tan was having a good time in the bright afternoon sun. Gyrating opposite the Muscle Beach Gym on the boardwalk at Venice beach, she chanted her mantra in an eastern European accent. “The doctor is here! The doctor is here!” Sitting behind her in a beach….

‘Take a look at your boozing’

People should take an honest look at their alcohol intake before they cross the line into addiction, the head of a Tayside alcohol dependency support group said today. Catherine Lawson, chairwoman of the Tayside Alcohol Problem Service Clients’ Council, said it was vital for people to be aware of their personal drinking habits to ensure….