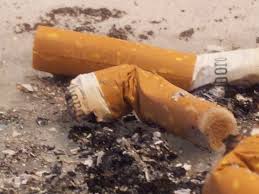 Detox clinics can help you overcome your addiction to cigarettes.

Derek Laughlin, a 40-year-old former crack addict from Vancouver’s Downtown Eastside, found the cravings unbearable. Hours into treatment last year at a Surrey, B.C., short-term detox centre, on a staff-supervised walk around the block, he fell behind the group to search the pavement for discarded cigarette butts.

Overcoming his crack habit was tough, but simultaneously giving up smoking was too much, Mr. Laughlin says.

“It was brutal,” he says. “I’d be searching for cigarette butts wherever I could find them … and stressing out over when I was going to get another smoke.”

Canada has entered the next frontier for smoking bans: Many addiction facilities, forensic psychiatric hospitals for convicted criminals and federal prisons have recently banned smoking, sparking a heated debate among health practitioners about what is more important – weaning patients off cigarettes or helping them break free of hard drugs.

At detox centres, in particular, common wisdom has long held that it would be too difficult for patients addicted to drugs or alcohol to stop smoking while they are fighting a dependency on harder drugs that pose a more immediate threat to their health.

But while experiences like those of Mr. Laughlin are common, studies now point to the long-term benefits of prohibiting smoking at detox clinics.

Louise Walker, a researcher with the Toronto-based Centre for Addiction and Mental Health, said a deeper understanding of addiction triggers and the dangers of tobacco has changed the consensus on the best ways to treat users.

Most of the recent research has shown patients who receive nicotine patches or inhalers during addiction treatment have a better chance of beating their heroin and crack addictions, she says.

“It’s like restaurants and malls were years ago,” she says. “It’s just taking some time to become normal.”

At Larson House, a short-term detox centre in Saskatoon’s Pleasant Hill neighbourhood, patients stay for an average of one week.

Last year, health officials banned patients from smoking once they check in. Treatment for nicotine addiction was made available to all clients.

“We should be remiss as health care providers for not addressing that smoking is the leading cause of preventable death,” Ms. Robson says. “I question utilizing unhealthy behaviours to help people quit. I don’t know the difference between that and offering somebody alcohol.”

But some front-line workers are not convinced. Lynne Sabo, director of the Regina Detox Centre, a non-profit facility that has not banned smoking, said since other detox centres in Saskatchewan banned smoking she has had dozens of people travel to her clinic to receive treatment so they can get help while continuing to smoke.

She says prohibiting smoking is a restrictive measure that can cause patients to leave facilities before receiving proper treatment, and can deter some addicts from checking in.

Ms. Sabo worries the smoking bans are predominantly in place to serve non-smoking employees, but are indiscriminately ensnaring addicts.

The Regina Detox Centre, like many in Canada, has a small gazebo where smokers can light up. As an arms-length facility, it has not been caught in the province’s non-smoking policy.

“From my experience, smoking actually helps people with other withdrawals they’re going through. Patients aren’t checking in to a smoking detox. That’s not our job”

In Vancouver, some detox facilities ban smoking while others take a harm-reduction approach, even giving free cigarettes away.

In 2005, most detox centres in British Columbia came under a ban that prohibited smoking in all provincial health facilities.

The move was especially problematic for youth detox centres. Once overflowing with patients, their occupancy dropped off. Most reacted quickly, building on-site gazebos or ignoring the ban.

Last year, the province cut the organization’s funding for providing free cigarettes to youth, but the detox centre has continued to hand them out.

Once an addict himself, Mr. Singh says smoking bans are another hurdle to getting youth to walk through the doors.

What’s more, Mr. Singh says, most smokers will go back to lighting up once they check out to cope with continuing drug withdrawal symptoms.

Mr. Laughlin, for instance, immediately took up smoking again when he left the detox centre, but he says he hasn’t used drugs since.

Mr. Singh says the bans prove to be a significant hurdle for recovering addicts, who as a group tend to be committed and heavy smokers. Recent studies have estimated that more than 90 per cent of addicts smoke, compared with less than 20 per cent of the general population.

“It’s a huge barrier,” Mr. Singh says. “The question you have to ask is whether you want someone smoking cigarettes or battling a heroin addiction.”

To ban or not to ban

Recent studies shed light on the smoking ban dilemma facing Canadian detox clinics. Some studies found that there are short- and long-term benefits when addicts are forced to give up smoking while recovering. But others questioned prohibiting smoking given the more pressing problem of detoxifying from hard drugs. Here’s a sample of recent research on the subject:

CONCLUSIONS The study interviewed 38 patients and 39 staff from detox facilities in the United States about their attitudes toward implementing smoking bans. The staff recognized the health benefits of a no-smoking policy, but said they thought a smoking ban would increase the likelihood of addicts leaving early. Most patients said they wanted to quit smoking, but were more concerned about breaking free of hard drugs first.

CONCLUSIONS The study compared patients who quit smoking, with the aid of nicotine patches or inhalers, to those who continued to smoke during detox treatment. Those who quit smoking responded to the detox from hard drugs at a faster rate. The benefits of banning smoking also included less haggling about smoke breaks, less coercion of smokers by staff and an increased likelihood patients would complete treatment.

If you or a loved one is recovering from a drug or alcohol addiction, the need to take prescription medications for an illness or injury can be both dangerous and scary. You don’t want to become addicted to drugs again and yet you know that you need to take the medication. How can you take….

Parents who introduce their children to alcohol in the hope of encouraging responsible drinking might be doing more harm than good, work suggests. The National Institute of Alcohol Abuse and Alcoholism found drinking before the age of 15 increased a child’s risk of becoming a heavy drinker. A teenager’s fast-developing brain becomes programmed to link….

An alarming increase of heroin related deaths has swept the nation affecting many states where prescription drug abuse has been on a decline. Likely the result of people switching from abusing expensive prescription medications to using heroin which is more widely available and affordable, the increase in heroin related overdose and death is a very….

Is Luxury Alcohol Treatment Right for Me?

critical surgery Life-saving surgery to prevent repeated severe bleeding from ruptured veins in the esophagus or upper stomach may not induce some patients with alcoholic liver disease to stop drinking alcohol, researchers report. Such a surgical procedure may be necessary to reduce the pressure in the veins of the esophagus and upper stomach among patients….