If someone confides in you that he or she has a problem with alcohol or other drugs, some ways of dealing with this situation clearly work better than others. You should try to be:

Actions that you should avoid include being: 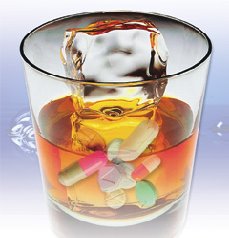 Alcohol or drug problems can cause other severe problems.

Intervening in the case of a family member or friend who has a problem can be very difficult and hurtful. The person with the problem will most likely deny the problem and try to put you on the defensive – “I thought you were my friend.”; “Are you calling me a drunk?”; or “You’ve used drugs, where do you get off calling me an addict?”

In a case such as this, what you don’t do is as important as what you should do:

A new campaign by Mayor Bertrand Delanoe tries to persuade young Parisians to shun the fashion for drinking themselves to oblivion at weekends. France used to look down on the British habit of getting smashed and staggering in a stupor through the streets but now it is happening here. For the past couple of years,….

A Senate committee gave unanimous approval Friday to a bill that would prohibit school bus drivers from having any alcohol in their bodies — or in their possession. Senators questioned whether the language in the bill, sponsored by Del. Ben Cline, R-Rockbridge County, actually would prohibit transporting children after just one drink. They decided it….

About ADHD and Treatment Attention Deficit Hyperactivity Disorder, better known as ADHD, is a mental illness that results in a person having a difficult time concentrating and they may have uncontrollable bursts if energy. When a child his ADHD they will start to have problems in school, and they may start to have behavioral issues….

Is Private Alcohol Treatment Right for Me?

If you are addicted to alcohol and you are considering alcohol treatment as a means of getting well then you will want to consider all of your options. There are many different types of alcohol treatment centers that provide a range of treatment options for individuals who suffer from mild to moderate or even very….

Broad Differences In Alcohol, Tobacco And Illegal Drug Use Across Countries

A survey conducted by the World Health Organization (WHO) research consortium found that the United States had among the highest lifetime rates of tobacco and alcohol use and led in the proportion of participants reporting cannabis (marijuana) or cocaine use at least once during their lifetime. The study, led by Dr. Louisa Degenhardt of the….