Unlike bulimia nervosa, people with a binge eating disorder do not try to compensate for their compulsive overeating by vomiting, fasting, or over-exercising. Weight gain or obesity reinforces their negative images of themselves and adds to the guilt and disgust they may feel during and after a binge eating episode. In most cases, the worst a binge eater feels about themselves, the more they will indulge in food for comfort.

Who is at Risk?

Eating disorders frequently appear during the teen years or young adulthood but may also develop during childhood or later in life. Binge eating disorders often occur in late adolescence or early adulthood when mental health stability is vulnerable to outside environmental pressures, but, according to the National Institute of Mental Health, “may also develop during childhood or later in life.” Low self-esteem, loneliness, or dissatisfactions with their body can influence binge eating habits, especially, when they have become accustomed to the comfort of food by their parents during childhood, or have been unsuccessful in previous dieting attempts. Turning to food for comfort and relief is much like becoming addicted to other substances.

What are the Effects? 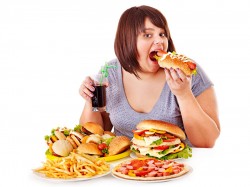 A person with binge eating problems may eat often when they are feeling stressed or emotional.

Emotional stress and instability can lead to other mental health disorders such as insomnia, major depression, anxiety, substance abuse, and suicidal or harmful tendencies.

Binge eating also causes the person to have societal issues such as inability to perform certain activities due to obesity or health problems, isolation from others due to embarrassment, or to hide their habit and this, in turn, increases the risk of mental health problems.

Emotional and behavioral symptoms are major issues with binge eating disorders and symptoms include:

Use science to bolster ‘just say no’ message

With high school graduation season in full swing, many parents are worried that alcohol may play a harmful role in their teens’ celebrations. An organization that studies teen drinking says parents should assume their teens will drink, and should use science to try to dissuade them. The Science Inside Alcohol Project advises parents to explain….

The scene is familiar to most people: a person stands up in the meeting and says, “Hi, my name is John and I’m an alcoholic.” “John” is in a good place. He’s where he can get help and support and the room is full of people like himself battling alcoholism. But there’s somebody else who….