How Long Will Alcohol Detox Take?

Alcohol addiction will cause intense and painful withdrawal symptoms for the majority of alcoholics who stop drinking, which is why medical supervision is highly advised in people who wish to stop drinking after abusing alcohol for years. However, the physical withdrawal symptoms, though intense, usually will subside after the first five days of a person’s alcohol detox.

After the physical withdrawals have ceased an alcoholic will still have to deal with the emotional side effects of stopping drinking and this can take months to years of therapy.

Getting through the physical withdrawals of alcohol detox is terrifying for most alcoholics to think about as the withdrawals can be painful and difficult for a person to go through. Alcohol rehab or detoxing in a medical facility is highly recommended for any alcoholic to do if they decide to quit drinking. The following withdrawals can be expected within the first five days of an alcohol detox, although it is important to know that not everybody has the same withdrawal symptoms. 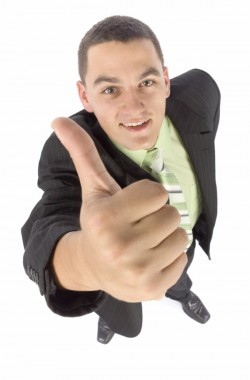 Withdrawal symptoms should begin easing around the fifth alcohol-free day.

Day three and four: All previous withdrawal symptoms continue, but this is the point where delirium tremens can occur. According to a Foundation for a Drug Free World, delirium tremens usually occur three to four days after a person stops drinking. Delirium tremens are where a person will become highly agitated, have uncontrollable shakes, experience hallucinations and lose touch with reality.

Alcohol withdrawal symptoms can be fatal and need to be properly handled by individuals who are going through them. If a person decides to stop drinking on their own and they begin to experience tremors within the first few hours of their last drink they should immediately check into a medical facility to ensure they have a safe detox.

Signs and Symptoms of alcohol addiction

Alcohol addiction is a problem largely related to the physiological dependency of a person on alcohol. Therefore, getting rid of the alcohol addiction is not a simple task. Sudden withdrawal from alcohol can be very unpleasant for the addict and can lead to medical consequences, therefore, proper methods needs to be adopted when treating alcohol….

A recovered alcoholic from Maldon said he has his Quaker faith to thank for helping him stay alive. Anthony told BBC Essex’s Ian Wyatt he started to drink when he was 20, shortly after joining the Air Force. Having had a religious upbringing as a Pentecostalist, he had never previously drank or smoked. After 25….

A residential treatment center is a place where that addresses to the number of problems of children through multi-faceted approaches that extend beyond the classroom, family and rest of the world. It is an approach to help your child who might be facing severe physical or physiological problems. A residential treatment center is specifically designed….

Men who drink alcohol heavily and on a regular basis may be putting themselves at increased risk for prostate cancer, according to a new study published in Cancer, the American Cancer Society’s peer-reviewed medical journal. The study also found that heavy alcohol use may diminish the possible preventive properties of finasteride, a drug that has….