Medicines are supposed to save lives, but as with all things that are not used responsibly, they end up killing people more often than not when they are abused. It’s not just illegal drugs that kill; even the ones that are prescribed have the potential to become dangerous when they are not used as they are supposed to be. While we know that heroin, crack and other illegal substances cause death in the event of an overdose, we are not aware of many others that are relatively unknown, but just as dangerous. The below list is not exhaustive but details just a few of the drugs that could lead to death if abused.

NPF: Non-Pharmaceutical Fentanyl has been responsible for more than 1000 deaths (those that have been reported–there are definitely going to be many more that went unnoticed or unreported) between 2005 and 2007, according to the US Center for Disease Control and Prevention (CDC). NPF is a painkiller, one that is also illegally produced and sold because of its narcotic effects. Since it is much cheaper than heroin, sales are high, as are the deaths that it is responsible for. What people do not realize is that when this drug is produced illegally, it is 30 to 50 times more potent and risky than heroin. 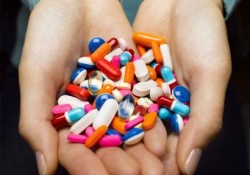 Codeine: We would hardly think that the cough syrups we obtain over the counter could end up killing us, but the codeine they contain is a narcotic that causes hallucinations if taken in large amounts. And when cough syrups are abused, they could end up being potentially dangerous, like the case of Chad Butler, the rapper more popularly known as Pimp C. The singer already suffered from sleep apnea, and large amounts of codeine combined with sleep apnea is apparently enough to cause respiratory problems and cause death.

Acetaminophen (Paracetamol): While paracetamol alone cannot cause death, if you are a habitual drinker, your liver is already weak and damaged. And when you take large doses of paracetamol under such conditions, you may start feeling the symptoms in a day or two; you may experience a stomach ache, vomit, and feel pretty ill. Death, if it occurs, happens after four or five days after the overdose, if you do not take any treatment at all in the interim.

Opioid painkillers and Anti-depressants: This combination was responsible for killing up and coming actor Heath Ledger. The star, who was said to be increasingly despondent and depressed, was on anti-anxiety drugs and painkillers as part of his prescription. An overdose (a combination of six different drugs that included sedatives and painkillers) found him dead, just before the release of the blockbuster movie The Dark Knight, the latest in the Batman series and the one that saw him winning a posthumous Oscar for his devilish portrayal of the Joker.
The CDC reports that accidental drug overdoses are responsible for the death of more than 22,000 Americans every year. In fact, it is the second leading cause of preventable deaths, next to automobile accidents. And this is why we need to be extra careful and exercise caution when handling drugs and medicines.

Was It OK to Insist That He Receive Alcohol Treatment?

If an employer requires an employee to complete an inpatient alcohol treatment as a condition of keeping his job, does it regard him as an alcoholic? What happened. “Clark” worked for Seward County, Nebraska, from 1981 until 2005. He was a Vietnam veteran who suffered from Post-Traumatic Stress Disorder (PTSD) and took medication to control….

Study Shows Even Low-to-Moderate Drinking Raises Risk of Cancer Women who drink as little as one alcoholic beverage a day — be it beer, wine, or hard liquor — have a significantly higher cancer risk than women who don’t drink at all, a study shows. Researchers followed more than 1.2 million middle-aged women for an….

Cold meds may have serious side effects

There are more than 800 over-the-counter cold and cough medications. It is a huge and profitable industry, with an excess of $2 billion spent each year nationwide. Because they are sold without a prescription, many people assume the medications are “safe.” These medications are associated with potentially serious side effects. Many products contain multiple substances….

“Posttraumatic Stress Disorder (PTSD) is an anxiety disorder that can occur after you have been through a traumatic event. A traumatic event is something horrible and scary that you see or that happens to you. During this type of event, you think that your life or others’ lives are in danger. You may feel afraid….