Many people suffer from both co-occurring chemical dependency disorders and behavioral health problems such as anxiety and depression. This condition is commonly known as dual diagnosis. What is worse is that it is more prevalent than many people realize.

According to a study conducted by the Journal of the American Medical Association, nearly 53 percent of substance abusers and 37 percent of alcohol abusers have at least a single mental illness.

What is worse is that of all individuals who are diagnosed as mentally ill, 29 percent of them currently abuse either drugs or alcohol while 60 percent of them will have a huge tendency to abuse these substances during their lifetime. Because of these findings, finding a good dual diagnosis treatment center is paramount in the rehabilitation of these individuals. 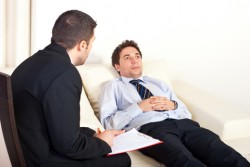 Dual diagnosis treatment can help you through your recovery and your mental illness.

The philosophy behind a dual diagnosis treatment center is based on the concept that many people use drugs and alcohol to self-medicate underlying psychiatric and psychological problems. Within this vital perspective is the idea that the individual will not obtain the clinical treatment that they need if the root of these issues are not sufficiently dealt with and addressed. It will also increase their possibility of eventually returning to former patterns of self-medication and reengaging their old substance abuse habits.

One of the most important things found in a dual diagnosis treatment center is medical managed services. When a person stops using drugs or alcohol, there are often post-acute and sub-acute withdrawal symptoms that can persist for weeks or even months. Medical management is very helpful in creating a temporary reprieve from symptoms such as anxiety, depression and sleeplessness.

The majority of these symptoms are not often directly related to an underlying psychological or psychiatric issue. However, they can significantly worsen these conditions. At the same time, medical management can help people in the early stages of recovery to start reducing free-floating anxiety, extreme mood fluctuations and sleep cycle disturbances. Without this treatment, people who have a dual diagnosis frequently find rehabilitation unbearable.

Psychiatric services are valuable because these individuals usually have not completed a psychiatric assessment for many years, and they were often actually sober and clean for the evaluation. This is one of the most frequently overlooked benefits of enrolling in a residential treatment center. By taking this step, an individual is completely removed from their usual pattern of abusing prescription medications, drugs and alcohol.

At the same time, it allows psychiatric medication to play an important role in treating the cognitive, emotional and physical symptoms that are often present when an individual’s neurochemistry is not chemically altered.

These services are designed to address emotionally-related issues such as low self-esteem, trauma and grief. Aside from that, there are a number of circumstances where psychological support is very helpful. For many individuals, being under the influence was an attempt to help anesthetize difficult and uncomfortable feelings.

These thoughts, emotions and feelings are frequently related to a condition that is co-occurring. As a physically sober life starts, thoughts and emotions that were often set aside by prescription medications, drugs and alcohol can start to surface. At this point, psychological service is critical.

Essentially, this assists people in learning how to live their lives while staying sober. Without these coping skills, recovery is simply impossible for a number of people.

A dual diagnosis rehabilitation center that offers multiple forms of therapy is one step ahead of its competitors. This is because it addresses the simple fact that every individual is unique. At the same time, not every person will respond to behavioral-cognitive therapy in a positive way. Some of these individuals require a more dialectical-behavioral approach.

Having access to other forms of therapy is an important aspect of an effective dual diagnosis treatment. Without this, a program is essentially a square peg that is asked to fit in round holes.

Binge drinking, violence, contentious parades – all modern day problems, but in Northern Ireland it seems their roots stretch back more than 100 years. In Victorian Ireland alcohol abuse and binge drinking were rife, thanks to the introduction of “ether drinking”. “Ether was the alcopop of the 1880s and its use became endemic in Londonderry….

“Drugs” is not a respected word in our dictionary. Scientifically, drugs are small fine substances that are very effective in modifying the normal regular functions of a body. The different types of drugs are identified in three basic categories namely “depressants”, “stimulants” and “hallucinogens”. Drugs are widely used by doctors and hospitals, in required proportions….

Calgary facility on move for third time since 2003 Lisa Jovetic isn’t the kind of woman who often comes to mind when people grumble about drug addicts. The once happily married mother of two and self-described “goody-goody” got hooked on drugs nearly five years ago after she was hospitalized for pneumonia and contracted a superbug…..

Baby boomers made marijuana their ‘gateway’ — and some still can’t let go, a report says — but a younger generation finds prescription drugs are an easier score. It’s been four decades since the dawning of the Age of Aquarius, but aging baby boomers haven’t stopped turning on. The federal government’s National Survey on Drug….