The Federal Trade Commission is suing a company that touted a phony cure for alcoholism, charging that it tricked hundreds of problem drinkers into paying hundreds or thousands of dollars for a service prescribing ineffective concoctions of natural supplements, and then threatened to reveal the drinkers’ alcohol problems if they canceled their memberships.

Filed jointly with the state of Florida in federal district court, the complaint alleges that the company lured consumers with deceptive claims about its “Permanent Cure” program. Then, when consumers tried to cancel their memberships, the company made unauthorized charges to their PayPal and credit card accounts. The complaint also alleges that the company responded to members’ attempts to cancel by rejecting the cancellations, threatening to disclose their personal information, and even revealing their alcohol dependence publicly. 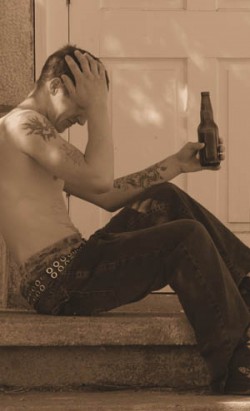 You don’t have to be a victim to your alcohol addiction anymore.

The Jacksonville, Florida-based Alcoholism Cure Corporation, doing business as the Alcoholism Cure Foundation, and its sole owner deceptively peddled their program online since at least 2005, according to the complaint. Using several Web sites, the defendants advertised that their program “cures alcoholism while allowing alcoholics to drink socially” and “is scientifically proven to cure alcoholism.” They also claimed that the program – which relied on concoctions of dietary supplements such as vitamin C, St. John’s wort, and niacin – had the “best technology to end alcohol abuse permanently.” Referring to the company’s owner, Robert Douglas Krotzer – who is not a doctor – as “Dr. Doug,” the ads falsely boasted that the company had a “team of doctors” with expertise in addictive diseases, and that the doctors would create customized cures, according to the complaint.

The complaint also charges the company and Krotzer with having falsely claimed that their program was “virtually free,” that members were monitored by trained professionals, that members’ personal information and health details would be kept private, and that membership could be cancelled at any time.

The defendants pitched monthly subscriptions for either the Heavy Drinker program ($59.96 for the first month and $179.96 per month thereafter) or the Very Heavy Drinker program ($99.96 for the first month and $269.96 per month thereafter). Sales totaled at least $693,000 between 2005 and 2009, according to the complaint. When consumers tried to cancel, the company referred them to an indecipherable terms-and-conditions page and refused to cancel their memberships unless they submitted “Proofs of Continued Drinking,” including hair and blood samples, liquor receipts, notarized statements from friends and doctors, and laboratory test results. When consumers kept trying to cancel, the defendants claimed they were owed amounts ranging from $9,000 to $20,000. The complaint also alleges that the company and Krotzer threatened members with “unwanted publicity” about their alcohol addiction, and in some cases followed up by disclosing it to PayPal, credit card companies, the Better Business Bureau, Florida small claims court, and the debt collectors they hired to collect the bogus debts.

The Commission vote authorizing the complaint against the Alcoholism Cure Foundation and Krotzer was 4-0. The complaint was filed in the U.S. District Court for the Middle District of Florida, Jacksonville Division, on March 29, 2010.

Do you let your underage child consume alcohol at home? In Australia, many parents allow and even encourage underage drinking for teens 15 to 17 years of age, even though the impact of alcohol on these children can be significant. The Australian Drinking Guidelines, released by the National Health and Research Medical Council, recommend that….

Support Groups for Families of Addicts

It can be heartbreaking for a family to see a member suffering form drug or alcohol addiction. Many cannot understand how their loved one has turned to drugs or alcohol, and often feel guilty. It can be tremendously confusing, and extremely stressful for families to watch their loves one’s life being controlled by drugs or….

What Treatment Program is Right for Me?

If you are suffering from addiction to drugs or alcohol, finding the right treatment program for your individual needs can be challenging and time consuming but it can also save your life.  There are various types of treatment programs available to assist people just like you in overcoming addiction, mental illness or a wide range….

Alcoholism among older people may be overlooked

As people age, they may tend to mix alcohol with prescription drugs. Disaster can ensue. Research suggests alcoholism among the elderly may not be diagnosed or is simply overlooked. Todd Wagner, clinical director at Blue Mountain Counseling in Dayton, said alcoholism among seniors is a growing problem, often going unnoticed. Maybe providers aren’t asking seniors….