There should be a ban on all alcohol advertising, including sports and music sponsorship, doctors say.

The British Medical Association said the crackdown on marketing was needed, along with an end to cut-price deals, to stop rising rates of consumption.

The industry spends £800m a year on promoting drinks – just a quarter of which goes on direct advertising.

Doctors said action was essential as alcohol was now one of the leading causes of early death and disability.

Only smoking and high blood pressure is responsible for a greater burden of disease, according to the World Health Organization.

The cost to the NHS for treating injury and illness linked to drink has been estimated to be anything up to £3bn a year in the UK.

It comes as alcohol consumption has been rising rapidly in recent years with over a third of adults now drinking above the recommended amounts. 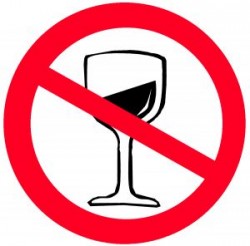 Doctors want to see booze marketing banned due to the problems it is causing.

But the report said there was particular concern about the impact of marketing on young people.

The report points out that while the money spent on alcohol advertising – nearly £200m a year – remained significant, there had been a growth in more subtle types of marketing.

The alcohol industry had, in particular, become a major sponsor of sports events – second only to the finance sector in terms of overall funding.

But the report also highlighted merchandising, competitions and loyalty schemes as influential forms of marketing that needed to be tackled.

And as well as calling for the outright ban marketing and advertising, the BMA said there needed to be a reduction in licensing hours and tougher rules in place on price.

The doctors’ body once again reiterated its call for minimum pricing to be introduced to help combat promotions such as happy hours and two-for-one purchases and higher levels of tax.

Dr Vivienne Nathanson, the BMA’s head of science and ethics, said: “The BMA is not anti-alcohol. As doctors our focus is to ensure that individuals drink sensible so they do not put their health and lives in danger.”

“Alcohol is now marketed as a staple part of our diet in the UK.

“The way it is advertised, positioned in stores and its sheer cheapness leads people into feeling that buying and consuming large amounts of alcohol regularly is just the same as life’s essentials like bread and milk.”

And Don Shenker, of Alcohol Concern, added: “There’s no longer any doubt – the heavy marketing and promotion of alcohol, combined with low prices – are encouraging young people to drink at a level our health services are struggling to cope with.”

Scotland, where minimum pricing has already been put forward by ministers, has also asked the UK government to review advertising and marketing – the devolved administration does not have the power to introduce such changes on its own.

But so far the Department of Health has resisted such calls, preferring to encourage the industry to sign up to voluntary codes.

It said its current approach, which incorporates the £10m Know Your Limits public health campaign to encourage responsible drinking, was having an impact.

A spokesman added: “We’re working harder than ever to reduce alcohol harm — but it’s not always right to legislate. We take all evidence into account and react proportionately.”

And Jeremy Beadles, chief executive of the Wine and Spirit Trade Association, said the measures proposed by the BMA would hit the pockets of millions of consumers and threaten the livelihoods of thousands of people working in the drinks industry, media, advertising and television.

He said: “Britain already has amongst the highest taxes on alcohol in Europe.

“It should be obvious by now that higher taxation and higher prices don’t curb alcohol misuse.

“The drinks industry is funding a major campaign to change drinking patterns amongst young adults.

“We believe culture change is more likely to be achieved through long term education and tough enforcement.”

Recognizing the signs of alcoholism

Having a glass of wine with dinner every night or drinking a few beers at a ballgame doesn’t mean that you have an alcohol problem – does it? Drinking in moderation – up to one drink a day for women and no more than two drinks a day for men – may be no cause….

Living With An Alcoholic

Alcoholism is a disease that plagues America. It is often known as a family disease because it affects the whole family, not just the drinker. It can be tough for non-drinkers to live in the same home as the alcoholic. Often the family tries to deny the problem and continue to pretend that their chaos….

Do You Drink Too Much?

Go on, have another. You’ll be hailing the cab anyway as you’re a bit over the limit now. As for tomorrow, you survived work with a hangover last Tuesday, didn’t you? Besides, it’s your boss offering the next round! Make it a pint. Oh, and mental note: don’t forget to pick up some beer tomorrow….

There’s little affection in a “Glasgow kiss”. Typically preceded by some variation on the growled question “Whit ya [expletive deleted] lookin’ at?” the term refers to a vicious headbutt, as delivered all too often in the bars and on the streets of Scotland’s largest city. Alcohol-fueled violence and binge drinking are endemic across Britain, but….