Treatment Rates Increase for those Addicted to Benzodiazepines & Narcotic Painkillers

A recent survey found that the number of people who have entered treatment for addiction to benzos such as Valium and Xanax as well as narcotic painkillers such as Oxycodone has increased more than 500% in the past ten years. The overall increase in substance abuse treatment admissions during this period of time was just 4 percent as reported by the Substance Abuse and Mental Health Services Administration (SAMHSA).

Reports have concluded that more than 33 thousand people received treatment for co-occurring addictions to both narcotic painkillers and benzos in 2010 alone. This figure is a sign of the increased need for specialized treatment centers that can treat multiple addictions in conjunction with one another. Substance abuse of this magnitude is truly an alarming situation and a danger that all members of the treatment community must be made aware of. 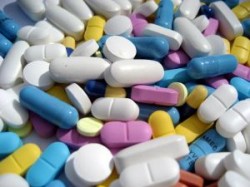 Dual addiction is common when a person is addicted to benzodiazepines.

SAMHSA Administrator Pamela S. Hyde states, “ When patients are battling severe withdrawal effects from two addictive drugs, new treatment strategies may be needed to meet this challenge. These findings will help us better understand the nature and scope of this problem and to develop better approaches to address it.”

The report also confirmed that nearly 40% of those who were suffering from these dual addictions began using both drugs within the same year. For those who did not begin using the drugs in the same period of time, most became addicted to narcotics painkillers prior to becoming addicted to benzodiazepines. Many of the patients who require treatment for these addictions suffer from a psychiatric disorder which must also be addressed during treatment.

How Treatment Centers can Help

Many treatment centers are already equipped to handle co-occurring disorders such as mental illness and addiction but there is little research and evidence behind the number of facilities that can actually treat dual addictions as well as co-occurring mental health disorders too. The rise in addiction to these two drugs paired with mental illness can create great challenges in the treatment community but there is hope. Treatment centers can work with patients to reduce the negative effects of withdrawal, provide education and support for mental illness and put together an action plan that helps that patient stay sober.

If you or someone you know is addicted to narcotic painkillers, benzodiazepines, or both, contact Treatment Centers today to find a local addiction treatment facility that can help. Though the addiction may be difficult to treat, there is help available to you!

Irish people spend almost three and a half times more of their income on alcohol than the European average, an EU-wide survey reveals. A study on household expenditure across the 27 EU member states highlights how Irish consumers are the biggest spenders in Europe on alcohol by a long distance. It estimates that more than….

How AA helps an alcoholic recover from addiction

Before Bill Wilson founded Alcoholics Anonymous in 1935, there was little hope for those with a drinking problem. Intelligent, highly successful people could not understand why they consistently got into trouble when they drank. Moreover, they could not fathom why they repeatedly returned to the bottle despite pledges of total abstinence. Alcoholics frequently visited hospitals….

Is Private Alcohol Treatment Right for Me?

If you are addicted to alcohol and you are considering alcohol treatment as a means of getting well then you will want to consider all of your options. There are many different types of alcohol treatment centers that provide a range of treatment options for individuals who suffer from mild to moderate or even very….

Hit the books not the bottle: Reduce binge drinking

Despite the fact that more than 40 percent of college students are binge drinkers, do not let end-of-the-year stress drive you to hit the bottle instead of the books! Binge drinking is defined by the National Institute of Alcohol Abuse and Alcoholism as the consumption of large quantities of alcohol in about two hours, leading….