An alarming increase of heroin related deaths has swept the nation affecting many states where prescription drug abuse has been on a decline. Likely the result of people switching from abusing expensive prescription medications to using heroin which is more widely available and affordable, the increase in heroin related overdose and death is a very scary concern for treatment professionals, hospitals and communities alike.

In some states, such as Maryland, suburban teens become addicted to prescription drugs such as Roxycontin, Oxycontin and other opioids and eventually turn to heroin purchased from street drug dealers to qualm their cravings. Thousands of kids, and adults, are switching from prescription pills to heroin and the result has been devastating. People are dying all around as a result of this dangerous drug abuse and though task forces have been created to monitor prescription writing and to aid in the prevention of additional people becoming hooked pills, there is little hope in sight. 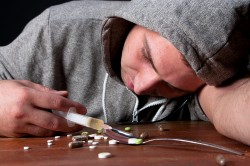 Heroin and prescription drug abuse can cause serious problems.

In less than half a year, more than 200 people died from heroin-related overdose in Maryland alone. This number was up 41% from the number of related deaths that took place in the entire previous year. In the same period of time, overdose deaths that were related to prescription painkillers such as Oxycodone or methadone actually declined 15% which has led professionals to believe that there is a significant need for additional force to get heroin out of the hands of these patients.

As prescription writing declines for certain commonly abused drugs such as Oxycodone and Oxycontin, these heroin related deaths seem to be increasing ten-fold. State, federal and local governments as well as law enforcement agencies and the entire medical community is working together to shut down pill mills, reduce the number of prescriptions that are administered for these drugs and take action against the prescription medication addiction epidemic that has recently swept our nation. Unfortunately, all this work has simply led thousands of people to use heroin in replacement of the prescription drugs.

If you or someone you know is addicted to prescription medications or heroin, treatment is available. We can help you find a local treatment center that will provide effective, quality treatment for heroin addiction or painkiller addiction. Call 1-888-465-4616 to speak with a professional today for help.

A Shake Up for New Zealand’s Drinking Culture

The availability of cheap alcohol has led to calls for minimum prices in Wales to change the drinking culture. Brian Gibbons, Wales’ social affairs minister, says he wants to see alcohol strength taken into account in pricing. Scottish ministers are preparing laws on minimum pricing, and Dr Gibbons has discussed the issue with them, although….

We must fully debate our attitude to alcohol, or acknowledgment of our dysfunctionality will be suppressed, writes BRIAN O’CONNELL A soon-to-be-published study attempts to define, with some clarity, what the health consequences of our national hangover are. The report examined alcohol-attributable deaths and hospitalisation in Ireland from 2000 to 2004. In that period, one-in-10 bed-days….