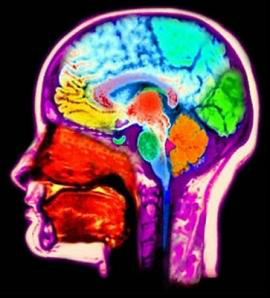 There is a connection between mental health and addiction.

This week – the countdown toward the federal election – has been Mental Illness Awareness week. The cost of mental illness to the Canadian economy in terms of health care and lost productivity is estimated to be $51 billion a year.

Given the absence of mental health and addiction issues from the campaign, it appears we as a society still have trouble speaking publicly about the needs of people with mental health and addiction problems. In fact, many of us also have trouble speaking privately about these issues. A study published earlier this year tells us that 65 per cent of Canadians who have experienced multiple episodes of psychological distress in the past month have not spoken to a health professional about the problem in the last year.

Perhaps our private unease and our public reticence on these issues are connected.

We ignore these issues because there is a stigma attached to mental health and addiction problems. Federal policies and programs can play a lead role in leading a national effort to address stigma and discrimination.

As a start, the Centre for Addiction and Mental Health (CAMH) recommends five specific commitments our political leaders can make to address the diverse needs of the millions of Canadians with mental health and addiction problems.

Help the Mental Health Commission of Canada develop a national mental health strategy – and implement it.

The Government of Canada created the Mental Health Commission of Canada in 2007, appointed former Senator Michael Kirby as chair, and provided significant funding for its important work. Kirby has led a national dialogue about mental illness, and he aims to do much more: develop a national mental health strategy and deliver a long-term campaign to address the stigma attached to mental illness. The federal government has committed $130 million over ten years to help the MHCC fulfill its mandate. All parties should confirm this commitment.

It would be hard to overestimate the importance of adequate housing for people living with mental illness. Senator Kirby wrote those words in the groundbreaking Senate report on mental illness that led to the formation of the MHCC. The federal government has funded an action research project on homelessness in five Canadian cities. This is an important first step. But the Senate report also pointed out that the federal government has a key role to play in the area of affordable housing, both through increased supply of social housing and through rent supplements to make existing market units affordable. This is the most important issue facing the majority of people with serious mental health problems. For these people, good health and good housing cannot be separated.

The federal government provides 75 per cent of the public support for Canadian health research. Health research is particularly important in mental health care, which has been fundamentally affected by our increased knowledge of the brain, human genetics, and the interaction of biological and social influences. For Canada to take its place among world leaders in health research, the base budget for health research should be increased to a minimum of 1 per cent of total spending on health in Canada. Given our dependence on innovation in health care, this is among the best investments we can make in improved health.

The government’s National Anti-Drug Strategy (NADS) makes important, commendable investments in preventing and treating substance abuse. But NADS is deficient in two respects: First, it fails to address the impact of alcohol and the misuse of prescription drugs. These are enormous problems – particularly for young people – and the response is different from the criminal justice strategies used against illicit drugs. Second, NADS fails to recognize the need for harm reduction strategies as part of our response to substance use problems. These are the community-based interventions that engage drug users to promote health that do not require immediate cessation of drug use. Vancouver’s Insite supervised injection site is the best-known example. These interventions – when supported by evidence of reduced harms – should not be prohibited.

There has been enormous energy over 40 years dedicated to reducing the rate of smoking in Canada. It has worked. The percentage of Canadians who smoke has decreased from roughly 50 per cent in 1965 to 19 per cent in 2007 and that has saved us billions in health-care dollars. There’s a threat to this progress – cheap, illegal cigarettes that make smoking much more accessible, particularly to young people. We need a national strategy to address contraband tobacco, involving the regulatory authorities of both provincial and national governments.

The needs of people with mental health and addiction problems range from access to specific medical treatments, to the supports we all need in our lives: a decent income, employment with dignity, safe and affordable housing, and people who care about us.

We know that one in five Canadians will experience a mental illness in their lifetime – quite a constituency. But the absence of any discussion of their issues during this campaign speaks volumes about just how disempowering the stigma of mental illness and addictions really is.

Those who seek to lead our country should demonstrate a commitment to the millions of Canadians who work every day to rebuild their lives and craft their personal recovery. Our candidates can start by demonstrating that mental health and addiction problems will no longer be ignored by those in power. It would send a message to everyone in Canada that these problems must not be ignored in our workplaces, our schools, our communities – and even in our homes and doctor’s offices.
____________
source: The Toronto Star

Faith paves the way to recovery for alcoholic

Homeless, alcoholic and hopeless, Dan Oller arrived last year at the Charlotte Rescue Mission, skeptical that its addiction treatment program could help him when 11 others had not. “There’s always that doubt in your mind, once you’ve failed over and over,” said Oller, who started drinking and doing drugs when he was 12. “I was….

Treatment center is a term related to medical division. The intense medical development has generated many centers for treatments on various diseases all over the world. Almost all the centers are dedicated to provide top quality medical services to the patients. Many people suffer from various dangerous diseases including cancer, HIV, Rosacea, and drug addictions…..

Are you concerned that a loved one is addicted to drugs and/or alcohol? If so, you must know the signs and symptoms of addiction, as this will allow you to pinpoint the problem and eventually get this person the help he or she needs. Some signs of addiction are easy to see, while others can….

A recent study conducted by the Centre for Addiction and Mental Health (CAMH) shows that online interventions for problem alcohol use can be effective in changing drinking behaviours. Individuals given access to an online screener at www.CheckYourDrinking.net reduced their alcohol consumption by 30 per cent — or six to seven drinks weekly — a rate….