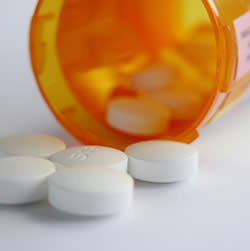 prescription drug abuse is a growing among teenagers.

Baby boomers made marijuana their ‘gateway’ — and some still can’t let go, a report says — but a younger generation finds prescription drugs are an easier score.

It’s been four decades since the dawning of the Age of Aquarius, but aging baby boomers haven’t stopped turning on. The federal government’s National Survey on Drug Use and Health, released earlier this month, finds that as boomers move into their 50s in large numbers, drug use among older adults in the United States has hit its highest point ever.

In the government’s latest report — reflecting drug use in 2007 — 1 in 20 Americans ages 50 to 59 told researchers they had taken illicit drugs in the last month.

More than half of these older users still like their street drugs, including marijuana and cocaine. But as they contend with the aches and pains of aging, boomer drug users are adding prescription drug use to their mix of vices, according to the report from the Substance Abuse and Mental Health Services Administration.

Those generational trends are driving a significant change on the landscape of American drug abuse. After years of declining American use of street drugs — cocaine, hallucinogens and even marijuana — prescription medications have begun moving front and center as the nation’s drug of choice.

The result, according to the latest federal drug-use survey: Last year, Americans who began abusing prescription drugs outnumbered those who took up smoking marijuana — traditionally the nation’s “gateway drug.”

Dr. Nora Volkow, director of the National Institutes of Health’s National Institute on Drug Abuse, says the report underscores a “paradigm shift” in drug abuse — and hence, in its likely treatment. Though addiction to prescription drugs is not new, the current generation of teens and young adults has grown up around unprecedented widespread medical use of prescription drugs, Volkow says, and is inclined to view them as safe because they are prescribed by doctors.

“That comfort level,” Volkow says, “facilitates the abuse” of these medications. Add to that the high from such drugs as narcotic pain relievers, she adds, and young users are at high risk of becoming addicted.

Reaching for Mom and Dad’s pills

Peter S., a 26-year-old recovering addict from New Jersey, says the ubiquity of prescription drugs in American homes is reassuring to kids eager to take a controlled risk or dull the emotional challenges of being a teenager.

“You don’t have to go to the drug dealer, or even leave the house,” says Peter, who spoke on condition that his last name not be used. “You can just go upstairs to Mom’s medicine chest and boom! You’re locked and loaded. . . . People feel like, ‘Wow, how bad could it be? It came from our doctor. And I’m not doing street drugs — cocaine or mushrooms. I’m doing what Mom has in her medicine cabinet.’ ”

Many adults, whose images of drug abuse may be dominated by street drugs, “just don’t realize,” Peter says, that the leftover pain pills from Mom’s back spasm or the unused anti-anxiety pills prescribed for Dad during a rough patch at work may furnish a kid’s first chance to experiment with drugs. Parents “take one and feel better and put the rest up there in the medicine chest,” Peter says. “They just don’t know.”

Volkow adds that a shift toward prescription drug abuse also may make it harder for the new generation’s drug users to “age out” of their habit, as many baby boomers — though clearly not all — have done. Users of street drugs, Volkow says, frequently quit as they find that unpleasant side effects become more pronounced with age and prolonged use.

Users of prescription medications, by contrast, tend to build tolerance to the effects over time, prompting them in some cases to use more, not less, and more often, Volkow says.

Researchers with the federal substance abuse agency said they remain uncertain if baby-boomer drug users had continued to take illicit substances through mid-adulthood or, rather, returned to a youthful habit as they aged. John P. Walters, the nation’s drug czar, expressed surprise that although young Americans are turning away from cocaine and methamphetamine, use of such street drugs continues among their elders.

Jim Steinhagen, executive director of the Hazelden Center for Youth and Families in suburban St. Paul, Minn., says that for young people, experimentation with prescription drugs only seems safer than their parents’ drug forays.

“We’re seeing kids coming to the treatment center more acutely addicted than we ever have before, so the degree of detox we need is more extensive and takes a longer period of time,” says Steinhagen, a 32-year practitioner of addiction treatment. “The kind of substance use that goes on today is like extreme sports for this generation — quicker, faster, a more dangerous thrill-seeking experience.”

Studies suggest that for the current generation, as for past drug users, efforts to thwart distribution of some drugs shift thrill-seekers to others that are easier to score — a dynamic that helps explain the move toward prescription drugs.

The recent government report comes on the heels of a study by the National Center on Addiction and Substance Abuse at Columbia University, showing that 19% of 12- to 17-year-olds believed prescription drugs were easier to lay hands on than cigarettes, beer and street drugs. The new report also underscores the ease with which abusers of prescription drugs can get these controlled substances. More than half who reported they had recently taken prescription drugs for nonmedical uses said they got the drugs from a friend or relative for free, and almost 20% got them from a physician. About 1 in 10 who took prescription pain relievers said they bought or stole them from a friend or relative.

Peter S. says his initiation to prescription drugs came from the medicine chests of his — and a friend’s — parents.

“I had found Vicodin and Percocet and had heard about them and Xanax and Valium — the benzodiazepams — and took a couple,” Peter says. “I reached up in that medicine chest and took a couple and thought, ‘Oh this is fun.’ It made me feel floaty . . . . It was fun in the beginning.”

The government report, which also tallies Americans’ mental health status, makes clear that illicit drug use is frequently a form of self-medication. It found that among 12- to 17-year-olds, roughly 2 million had experienced a major depressive episode in 2007 — about 8.2% of that age group’s population. Illicit drug use was roughly twice as high — 35% — among those youths who had experienced depression than among those who had not.
___________
source: Los Angeles Times

Alcoholism in the Jewish community

It’s not easy to be a recovering alcoholic who is also Jewish. It’s hard enough for someone to admit having a problem with alcohol, let alone having to buck long-standing cultural and religions traditions to find sobriety. Helping people overcome these unique challenges is the goal of Jewish Family Service (JFS). With offices located in….

The worst recipe for violence … just mix alcohol and Valium

Mixing Valium and alcohol is the most potent mix for committing violent offences, according to new research commissioned by the Scottish Prison Service. A study of 16 and 17-year-old boys at Polmont Young Offenders Institution found that many of them had committed their offences because they had taken diazepam and alcohol together. They said it….

Local and national studies show that some young people are reporting taking their first drink at the age of 11. In Auburn, 5 percent of seventh graders have already used alcohol in the last month, according to an Auburn City Schools survey. By ninth grade, that number rises to 15 percent, and by 12th grade….

Diagnosing ADHD in an adult

Today, the psychiatrists are facing the problem of diagnosing ADHD that is the Attention Deficit Hyperactivity Disorder in adults. Many times, it does happen that the ADHD problem remains unnoticed and not treated in adults as this disorder is considered to be affecting mainly small children and therefore, it mainly focuses on the children. An….