Getting prescription drugs on the Internet is kid stuff 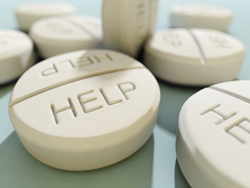 Buying prescription drugs on the Internet is illegal.

With his homework in his hand, the kid would hop off the bus, walk half a block home and grab the mail.

“I’ve got stuff to do,” he’d tell the baby sitter as he closed the door to his room and ripped open the envelope he’d been waiting for, the one addressed not to him, but to the crazy name he’d made up just for this.

He was so grateful — and relieved — when he saw the package inside.

Once again, the money he’d wired had gotten through; the order arrived without customs agents stopping it; and he had another 90 tablets of Valium to help tame the anxiety that therapists hadn’t been able to.

The sixth-grader was ordering prescription drugs off the Internet illegally. And his parents had no idea.

“I’d do it behind their backs on the computer,” says the Olmsted Falls boy, who’s 16 now and doesn’t want to be identified.

“I figured it would be a hell of a lot easier getting them off the Internet instead of going to a bad part of town. It only takes about five minutes to do. It’s real easy.”

This is a kid who doesn’t need to read “You’ve Got Drugs!” to know that illegal prescription medication is still widely available on the Internet.

He has just finished 43 days of residential treatment at New Directions Inc. Alcoholism Treatment in Pepper Pike, Ohio, for drug use that began with the Valium and Xanax he first ordered five years ago.

“You’ve Got Drugs!” is an annual report on Internet access to controlled prescription drugs conducted by the National Center on Addiction and Substance Abuse at Columbia University in New York. The fifth annual report was recently released.

The report points out that eight states passed laws in 2006 and 2007 that restrict the sale of prescription drugs over the Internet. Ten other states have proposed such laws.

And despite that, researchers were able to identify 365 sites offering the drugs.

“The states are trying, but they’re limited in what they can do,” says Joseph Califano, president of the addiction and substance abuse center.

“The Internet is still a pharmaceutical candy store for any teenager who wants to get drugs.”

One big problem with the state laws is evident in southwest Ohio. Kentucky residents drive over the border, to post office boxes in Ohio, to pick up mail-order drugs because Kentucky’s laws are tougher.

But state laws may be helping, at least some, according to the report.

In 2007, researchers found 581 Web sites offering controlled prescription drugs for sale online. And some Web sites now list states that the online sellers will not ship drugs to, the report says.

But there are signs the problem is getting worse. Eighty- five percent of Web sites selling the drugs do not require a prescription. And some sites now sell consultations with a doctor who writes prescriptions that buyers can take to local pharmacies.

That’s one reason Califano’s group is pushing for a federal law that would protect legitimate online pharmacies but put a stop to illegal access to Internet drugs.

In April, the U.S. Senate passed a bill that would make it tougher to buy online prescription drugs without a prescription. The House is considering a similar bill. And the Ohio State Board of Pharmacy is backing the tougher rules.

“The federal laws and regulations that exist do not go far enough to deal with this problem effectively,” William Winsley, executive director of the Ohio board, wrote in his testimony to the U.S. House Subcommittee on Crime, Terrorism and Homeland Security.

The proposed law, he said, “would go a long way to remedying that problem.”

But more is needed, Winsley wrote. “Having appropriate laws in place is not enough . . . Congress needs to allocate adequate funding to the various agencies involved in the enforcement of these new laws.”

The “You Have Drugs!” report asks for more action, too.

The report also says the State Department should negotiate treaties with foreign governments to help shut down Internet trafficking of controlled prescription drugs.

Those who buy illegal drugs over the Internet say they doubt the law will work.

One big reason: They typically buy drugs from several sources. They persuade doctors to write them prescriptions so they can buy them from drugstores. And they supplement that with buys they make online and off the street.

The boy who started buying drugs off the Internet when he was 11 agrees.

“It might hinder a couple of people from getting their drug of choice,” he said. “But they’re still going to find whatever they want if they look hard enough. Ten or 15 years ago people were doing it and then there were none of these Web sites.”

But his mother believes the federal law could help.

“You’re not going to see too many people on the street selling to 11-year-olds,” she said. “The computer opens up a whole new world to these kids.”

Califano sides with her.

“Availability is the mother of use,” he says. “And the more we’re able to restrict availability, the greater impact we’ll have on reducing use.”
________
source: Times Picayune, http://www.nola.com/

Cocaine is one of the most highly addictive drugs in existence. It increases energy and alertness and produces such an intense euphoria that, once tried, many find hard to resist. Cocaine Addiction We’ve all heard about the rat studies where rats are given the choice between food and cocaine and they always choose the cocaine….

A new, advanced approach to treating alcohol and drug addiction will become available next week to a nation- and world-wide clientele with the opening of the Enterhealth Life Recovery Center, located near Dallas. Enterhealth will introduce a comprehensive residential treatment approach that includes addiction/behavioral diagnosis, neurotherapy, medication therapies, and enhanced support through an online e-learning….

Tips for Hiring an Intervention Specialist

After a certain point, addicts lose the ability to see the negative effects of drugs in their lives and the lives of others. In many cases, staging a drug intervention may be the only way to open up the addict’s eyes to the problem of addiction. Considering the potential for volatility and heated exchanges, hiring….

Do I Need Cocaine Addiction Treatment?

The Consequences of Cocaine Abuse Cocaine abuse will take a toll on your health, both mentally and physically, and can also alter your behavior, especially if you have developed an addiction to the drug. Every time you abuse cocaine you cause more damage to your brain’s chemical makeup, and you risk the chance of heart….