Are Americans in Denial about the Widespread Abuse of Prescription Drugs? 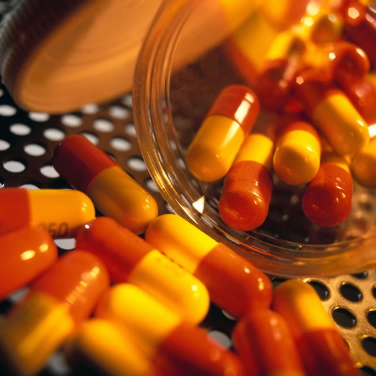 Abuse of prescription drugs are becoming a serious problem.

CASA’s just-released National Survey of American Attitudes on Substance Abuse, has found that those who fail to monitor their children’s school night activities, safeguard their prescription drugs, address the problem of drugs in their children’s schools, and set good examples increase the risk that their 12-17 year old children will smoke, drink, and use illegal and prescription drugs.

As youth drug use continues to decline nationwide, we very concerned about the increasing rates of prescription drug abuse among teens. Many Americans benefit from the appropriate use of prescription pain killers, but, when abused, they can be as addictive and dangerous as illegal drugs.

Drugs such as Vicodin — a commonly prescribed pain pill that causes a drunk-like feeling — can be detrimental to the still-developing teenage brain and can impair judgment in people who already are prone to mistakes in judgment. The drugs increase “the risk for accidents, sexual activities (and) more drugs,” Lopez says.

The survey comes at a time when teen use of illegal drugs is actually down, says Tom Riley, spokesman for the Office of National Drug Control Policy.

“While teen use of illegal drugs has gone down in recent years, the one category that has gone up is teen abuse of prescription drugs,” Riley says. “Americans are in denial about how widespread this problem is.”

Many recommend locking up drugs. But the best way to prevent drug abuse is good old-fashioned parenting, Planet and others say.

“We know from our research that parental engagement — being involved in your kids’ lives, monitoring what they’re up to — is a very key component in teen substance risk.”

The telephone survey reached 1,002 teens and 312 parents this past spring. The margin of error is 3.1 percentage points.
________
source: Pushing Back, http://pushingback.com

Understanding what alcohol does to your body

The holiday season brings plenty of reasons to celebrate and with them the temptation to eat and, perhaps, drink a little more than is wise. As we all know but sometimes forget, drinking too much inevitably leads to headaches, loss of energy and generally feeling rotten. But there’s only one sure way to avoid a….

Take it from a former binge drinker

The ancient Egyptian text of the Papyrus Antastasi gave a look into the satirical, yet advanced minds of society. One quote from this text said the following: “Don’t undertake to drink a whole pitcher of beer. Because if you then talk, from your mouth comes nonsense.” Didn’t we learn anything from the ancient Egyptians? Drinking….

Signs it’s Time to Get Treatment for Marijuana Addiction

Some believe that smoking pot is not bad, many think that marijuana is not addictive and that there’s no need for treatment if an individual simply smokes some weed once in a while but this is all untrue. Marijuana is addicting and it does cause problems for thousands of smokers throughout the country. Here’s a….

Men who drink alcohol heavily and on a regular basis may be putting themselves at increased risk for prostate cancer, according to a new study published in Cancer, the American Cancer Society’s peer-reviewed medical journal. The study also found that heavy alcohol use may diminish the possible preventive properties of finasteride, a drug that has….