With overdoses and deaths involving the use of prescription drugs skyrocketing in the United States, the Department of Justice (DOJ) has selected the Heller School for Social Policy and Management at Brandeis University to host a new initiative to reduce diversion and abuse of these drugs: the PMP Center of Excellence.

Funded through a training and technical assistance grant from DOJ’s Bureau of Justice Assistance (BJA), the Center will assist prescription drug monitoring programs (PMPs), now authorized in 41states and the U.S. Territory of Guam, by providing useful and timely data on prescriptions to doctors, pharmacies, and regulatory agencies. The Center will develop an informational clearinghouse and help to identify best practices in prescription monitoring, while serving as a forum to exchange ideas and foster partnerships that increase PMP effectiveness. 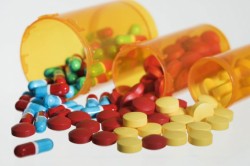 Prescription drugs monitoring programs are necessary for the rise of addition.

“We are very pleased that BJA and the Heller School are collaborating to establish the Center of Excellence,” said John Eadie, Center Director and long-time advocate of PMPs. “It will help prescription monitoring programs achieve their full potential in addressing what I believe is a very serious epidemic of drug abuse, one that’s already taken thousands of lives.”

According to the National Survey on Drug Use and Health, one-fifth of the population aged 12 and up has used prescription drugs non-medically at some time in their lives. Admissions for treatment of abuse of prescription pain relievers (opioid analgesics) grew more than 350 percent between 1996 and 2006 and the National Center on Health Statistics reports that the number of fatal poisonings involving these drugs more than tripled from 4,000 to 13,800 between 1999 and 2006.

In response, most states have either authorized or implemented a PMP, whose basic function is to track filled prescriptions for controlled substances dispensed by pharmacies. However, programs vary greatly in how they collect data, how data are analyzed and reported, and in their governing agencies and end-users. Until now, there has been no national clearinghouse for the volume of information being generated about these programs, their effects, and their operations, nor a systematic effort to study ways to improve prescription drug monitoring.

“The Center of Excellence will go well beyond a simple pass through of existing information,” said Peter Kreiner, a scientist at the Heller School and principal investigator for the Center. “It will fill major information and knowledge gaps regarding the operations and effectiveness of PMPs.”

He described the project as an important contribution to the larger federal and state mission of reducing drug abuse and deaths, while helping agencies that regulate pharmacies, the health professions, and drug treatment – not to mention patients themselves. According to Kreiner, the Center will undertake to identify “best practices” that new and existing PMPs can adopt to improve their operations, and will conduct targeted studies aimed at improving their effectiveness.

What Happens in Cocaine Detox?

Cocaine addicts well know how uncomfortable drug withdrawal can be. When detoxing, withdrawal effects come on in full force, an experience that no regular cocaine user wants to face. The truth of the matter is cocaine detox offers the only means for breaking the drug’s hold over the body. There’s no getting around this essential….

With anti-addiction pill, ‘no urge, no craving’

A no-frills bar called Goober’s, just north of Providence, Rhode Island, is probably the last place you’d expect to find a debate over cutting-edge addiction therapy. But this is where Walter Kent, a retired mechanic, spends his Fridays. He helps in the kitchen and hangs out in the bar, catching up with old friends. Most….

Just as governments in Australia and Britain are on the brink of introducing new measures to combat alcohol abuse and binge drinking, new research says that campaigns warning about the harmful effect of excessive alcohol consumption don’t work. The researchers say they fail to work because they are widely ignored, in particular by young people….