The epidemic of prescription drug use is a serious one. Most people that abuse prescription drugs are doing so without a doctor’s approval. They are using their medication in other ways other than prescribed by a doctor. Some may also be getting it from someone else. This can lead to drug dependence and addiction.

According to the National Institute on Drug Abuse, prescription drug abuse continues to be a significant problem in the United States. In 2010, approximately 2.7 percent of the population were users of psychotherapeutic drugs taken non-medically. Among adolescents, prescription drugs and over the counter medications account for most of the commonly abused illicit drugs by high school seniors.

Prescription drugs can be effective in treating many painful disorders when used as directed by a doctor. When they are used the wrong way or for the wrong reasons, such as getting high, then it is considered abuse, and it is also illegal.

Can a Person Get Treatment for Prescription Drug Abuse? 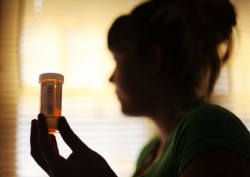 Many people of different backgrounds are known to abuse prescription drugs.

If someone has developed a dependence on a medication, then they may need to seek treatment. Prescription abuse is as serious problem and many people are not aware of the risks involved, including how easily a person can get addicted to certain types of drugs. Many think that since they are prescribed medications, that they will not develop dependence to them. But, on the contrary, they can cause harm to a user both physically and psychologically.

If you or a loved one need help with an addiction to prescription medications, then contacting an addiction counselor will be the best decision. You can talk to them about the various treatment options available, and ask them any other questions you may have regarding the consequences of medication misuse.

Can a Person Get In Trouble for Engaging in Prescription Drug Abuse?

The best way to avoid legal issues is to stop misusing prescription medication, and talk to a drug counselor as soon as possible if you or a loved one requires addiction treatment.

How Much Does Addiction Treatment Cost?

Determining how much addiction treatment will cost can require many different inputs and depending on the outcome, you could come up with a very wide figure range. For small time programs that involve only outpatient services, the cost of treatment may only be about $50-100 per session but for larger, intensive residential treatment programs or….

An explosion in binge drinking among high school girls is driving an increase in unwanted teen sex, a nationwide survey, which will be outlined in Brisbane today, says. A massive 60 per cent of year 12 girls – and nearly one in three year 10 females – admitted to binge drinking three or more times….

Programs that give drug addicts access to clean needles have been shown the world over to slow the spread of deadly diseases including H.I.V./AIDS and hepatitis. Public health experts were relieved when President Obama announced his support for ending a ban on federal funding for such programs. Unfortunately, Mr. Obama’s message seems not to have….

A Murfreesboro resident’s inspiring story in successfully battling an addiction has led to his selection to attend a national “recovery rally” in New York City today. “It is a daily struggle,” said 51-year-old Richard Soper. “You just take it one day at a time.” Soper practices psychiatry primarily in the Nashville area and is president….