According to the Center for Substance Abuse Research, cocaine is a highly addictive and a commonly abused illegal drug. Cocaine is a stimulant, and is currently a Schedule II substance. Stimulant drugs heighten a user’s body’s activity, including increasing their energy, alertness, heart rate, and blood pressure.

The most commonly used form of cocaine is a white powder that comes from the leaves of the Erythroxylon Coca plant. The white powder is typically delivered into a person’s body by snorting it through their nostrils, although cocaine can be smoked or injected.

Cocaine is also defined as a club drug since many people abuse this stimulant while they are at clubs or at parties. Although most people first begin to abuse cocaine as a one-time event, cocaine is addictive and prolonged use of the drug can lead to many health problems including brain damage, stroke and heart attack. In addition, cocaine abuse not only affects the user’s physical health but also their behavior and their mental health. 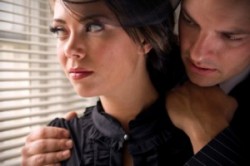 Abusing cocaine can strain your relationships, cause anxiety and depression, and have a number of other consequences.

1. Chances of Heart Attack Increase: A person who abuses cocaine risks the chance of having cardiac arrest due to their heart rate increasing. According to the National Institute on Drug Abuse, people who use cocaine can suffer from heart attacks, which may cause sudden death. Deaths related to cocaine are often a result of the heart stopping followed by an arrest of breathing.

2. Increased Blood Pressure: When it is in a person’s body, cocaine will increase their blood pressure, which can result in other health problems.

3. Stroke: Cocaine also increases the risk of a user having a stroke, which can be fatal.

4. Anxiety: Cocaine is a stimulant, so anxiety is a common side effect of the drug.

5. Depression: After cocaine leaves a person’s system, their dopamine will be depleted resulting in them feeling sad, fatigued, and depressed.

6. Seizures: Unexpected seizures occur from a person’s body temperature rising when they are on cocaine.

7. Financial Loss: Cocaine is expensive and a person who abuses the drug frequently will experience some type of financial loss.

8. Addiction: Cocaine is addictive and if a person continues to abuse the drug, the may develop the chronic brain disease of addiction, which they will battle with of the rest of their life.

9. Loss of Friends and Family: Many people who abuse cocaine pull away from their close friends and family.

Many veterans experience the ravages of war and combat first-hand. Most anyone put through these types of experiences carries some form of emotional and even psychological scarring. Couple this with the wide range of physical injuries that take place, and it is little wonder drug addiction affects so many veterans in one form or another…..

A new book provides insights into the lives of so-called “high-functioning alcoholics” and the special challenges faced by those who need treatment but lack the impetus of hitting rock-bottom, the New York Times reported May 4.Sarah Allen Benton, author of “Understanding the High-Functioning Alcoholic,” offers herself as an example: she holds a Master’s degree from….

Too much alcohol can cause permanent brain damage, such as Wernicke-Korsakoff syndrome, which is largely related to thiamine deficiency. Previous animal studies have shown that alcohol can also cause brain injury and degeneration by inhibiting insulin and insulin-like growth factor (IGF). A new study using postmortem human brain tissue has found that chronic alcohol abuse….

Half-past three in the morning, and a snowy -2C outside, but at Newcastle General’s Accident and Emergency department the drunks still keep coming. Some are delivered unconscious on stretchers by exasperated ambulance crews; others stumble in, smeared in blood, and make angry demands before being restrained by security. In front of reception, a row of….