The Effects of Binge Drinking

More than 1 in 5 people in the United States over the age of 12 reported binge drinking within the past month. This is consuming alcohol in excess to the degree of having five or more alcoholic drinks within a single event or day.

The effects of binge drinking are numerous, and if repeated leads to heavier alcohol use and possibly dependence. Alcohol consumption rates generally go up in the late teens and early twenties, level off in the late twenties and early thirties, and then begin to decline after that as people grow older. The rate of bing drinking for 18 to 25 yr olds was roughly 40%, marking the highest number in age ranges.

In many cases, college campuses are breeding grounds for heavy alcohol consumption, and drinking rates are higher for full-time college students than for people not enrolled full-time or at all. Some of the consequences are staggering: 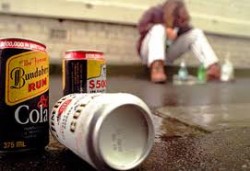 Binge drinking can cause serious problems.

While these numbers focus mainly on students, the overall effects of binge drinking and heavy alcohol consumption apply to others as well. People who drink too much in a night feel the effects minimally the day after, which often include headache, nausea, and fatigue. Some if it is caused by dehydration that takes place while other parts are from the poisonous effect of drinking in excess.

There is also a great risk of people making other poor decisions while under the influence of too much alcohol, such as driving a car, other risky sexual activity, domestic violence and other types of assult, etc. The long-term physical effects include liver damage and other serious problems.

It appears that the behavioral aspects involved in binge drinking are more detrimental to society, because this is when people make bad decisions that create problems for others in addition to themselves. If you know of someone in need of help for alcohol abuse or addiction, feel free to contact us today for more information and help finding an effective treatment facility.

Ensuring Solutions has come up with some sobering facts about alcohol abuse and its impact in almost all facets of our society. Excessive alcohol use by employees and their family members has a substantial impact on the cost of doing business. It costs U.S. employers billions in lost productivity and additional health care costs every….

New research has shown for the first time that portrayals of alcohol in films and TV advertisements have an immediate effect on the amount of alcohol that people drink. The research, published online in the journal Alcohol and Alcoholism, found that people who watched films and commercials in which alcohol drinking featured prominently immediately reached….

Think of it as a breathalyzer you wear. SCRAM is a relatively new piece of technology, designed to keep people sober. The device is being shown this week to a Nashville audience. A DUI could be enough to scare a driver sober, but one small device will make one stay that way. “Literally, if you….

12-Step Treatment Programs and the Spiritual Foundation for Recovery

When Alcoholic’s Anonymous first began in the early 1930s, more than 75% of all addicts who took part in the program actually made a full recovery from their addiction to alcohol. These numbers are actually very high when compared with many of today’s current treatment modalities. Alcoholics Anonymous was the first to coin the 12-step….

Thousands of teenagers had a total of 5,171 litres of alcohol confiscated in a summer crackdown on binge drinking, the government has said. As part of a £1.4m campaign, more than 3,500 youngsters in 69 “priority areas” of England were stopped between July and September. Also, more than 1,800 parents were informed and more than….