True to its history of impaired judgment when it comes to handling alcohol, the Indiana General Assembly this year placed narrow business interests ahead of public welfare — and didn’t even do so evenhandedly.

As has been its custom in refereeing the endless war between the different types of beverage retailers, the legislature picked winners and losers in the carryout arena using the rationalization that microbreweries can serve as tourist destinations. 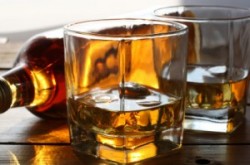 Alcohol laws have been a endless war between many people.

Those who study and combat the problems of alcoholism, underage drinking and drunken driving cite the heavy toll, in money and taxes as well as human suffering, that goes along with increased access to intoxicants. They raise the question: If alcohol is a product that government has an obligation to regulate, just how loose can that regulation be before it becomes merely token?

A happy retailer inadvertently raised another pertinent question when he told The Star the new law was needed so that visitors for the Super Bowl and other events would not view Indianapolis as “small town.” We would rather think the first duty of the city, and the state, is to the health and safety of residents; followed closely by the health and safety of those with whom they share their space. Image, profit and pleasure for outsiders are secondary values. Or should be.

These issues will be with us for a while. Pressure from grocers, pharmacies and big box retailers to sell alcohol on Sundays will continue at the Statehouse, while their rivals, the package stores, will contest that change, pleading hardship.

Meanwhile, the package stores’ association has filed a lawsuit in Marion Superior Court challenging the ease with which supermarkets and drugstores get alcoholic beverage permits. Again, it’s a big-bucks battle without good guys and bad guys as far as the taxpayer is concerned. At the same time, the sheer proliferation of booze outlets is a concern; and it’s one that would better occupy the legislature’s time than the poorly thought out bills that emerged in 2010.

“Drugs” is not a respected word in our dictionary. Scientifically, drugs are small fine substances that are very effective in modifying the normal regular functions of a body. The different types of drugs are identified in three basic categories namely “depressants”, “stimulants” and “hallucinogens”. Drugs are widely used by doctors and hospitals, in required proportions….

When You’re the Adult Child of an Alcoholic Parent

You may not drink, but that doesn’t mean you aren’t affected by alcoholism. If you are the adult child of an alcoholic parent, learn how to cope with the effect alcoholism has had on your life. When a parent abuses alcohol, the whole family suffers. Children are especially at risk. Growing up in an alcoholic….

Poisoning caused by binge drinking – drinking excessively within a short period. For men, that’s five standard-sized alcoholic beverages within two hours. For women it’s four or more standard-sized drinks, which is defined as a 12-ounce beer, a 5- ounce glass of wine or a mixed drink with one shot. With excessive drinking, the liver struggles….

Feds fail to use effective drug treatment plans in prison

Despite 20 years of scientific evidence showing that drug treatment programs work, the feds fail to offer enough of them to prisoners, according to a new study. Currently 7.1 million adults – over 2 percent of the population — in the U.S. are locked up or on probation; about half of them suffer from some….