A study published this week in the open access journal PLoS Medicine demonstrates that there is an association between schizophrenia and violence, but shows that this association is greatly increased by drug and alcohol abuse. Importantly, the study also finds that the risk of violence from patients with psychoses who also have substance use disorder is no greater than those who have a substance use disorder but who do not have a psychotic illness – in other words, schizophrenia and other psychotic illnesses do not appear to be responsible for any additional risk of violence above the increased risk associated with substance abuse. Potentially this finding has implications for attempts to reduce violence in society, suggesting that strategies aimed at reducing drug and alcohol abuse would be more successful than focusing on mental illness.

Whether or not there is a link between psychotic illnesses and violence has been disputed in the medical literature as well as being a controversial issue with far-reaching social and policy implications. Seena Fazel, of the Department of Psychiatry at the University of Oxford, and colleagues conducted a systematic review of all previous studies examining psychotic illness and the risk of violence to try and resolve their varied conclusions – some of the previous studies concluded that there is no increased risk of violence from patients with schizophrenia, whilst others have reported that there is a marked increase in the risk of violence in individuals with schizophrenia. The opinion emerging in the last couple of decades that there is a modest association between schizophrenia and violence is thought to have influenced policy and legal developments, with the number of patients in secure hospitals increasing in Western countries. Man y mental health charities and clinicians specializing in mental health contest this opinion – arguing that the perception that people with mental illness are more violent is a myth reinforced by the media, contributing to a social stigma around mental illness that damages many people and prevents understanding. 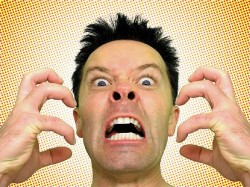 Substance abuse and schizophrenia combined can lead to anger issues.

The authors acknowledge that further research is needed to clarify the relationship between schizophrenia and other psychoses, substance abuse, medication adherence and violence. However, the authors suggest that their findings could help redress the stigmatization of patients with schizophrenia and other psychoses. They conclude: “As substance use disorders are three to four times more common than the psychoses, public health strategies to reduce violence could focus on the prevention and treatment of substance abuse at an individual, community and societal level.”

The number of teenagers and adults influenced under the substance abuse is greatly increasing worldwide. Substance abuse largely affects the physical and the mental state of a person. Substance abuse affects the body of an individual depending on various the factors like the age, gender, quantity of the drugs taken on regular basis etc. Therefore,….

One out of seven hospital beds is filled by a drinker

ONE in every seven hospital beds in the Lothians is taken up by a patient who is ill through alcohol abuse, it has emerged. The statistic is the latest stark illustration of the rising cost of alcohol abuse to the NHS. Included in the tens of thousands of people occupying beds in the ERI every….

When friends haven’t seen each other in awhile, one of them might happily suggest, “let’s meet up for drinks!” The tradition of socializing, celebrating, or brooding with a stiff drink in hand has a long and storied history: alcohol has been present everywhere from festivals of Dionysius in ancient Rome to Humphrey Bogart remembering Paris….

Those who decide to give up alcohol this Easter weekend won’t necessarily be doing so because of holiday tradition. For those involved in the National Council on Alcoholism and Drug Dependence, it will represent an effort to raise awareness of alcohol disease. The three-day challenge, always the first weekend of April, kicks off the 23rd….