Anyone who’s battled a heroin addiction well knows how hard this drug can be on the body. While the “highs” from heroin may feel great, the lows can be equally painful. According to the National Institute on Drug Abuse, in 2011, as many as 4.2 million Americans reported having used heroin on at least one occasion in their lives. Of that 4.2 million people, 23 percent developed an addiction to the drug. 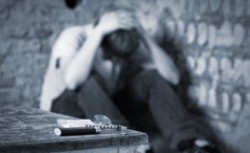 Heroin treatment centers will provide you with the medical and emotional support you need.

Heroin’s effects on the body can quickly lead to dependency at which point a person’s body processes cannot function normally without the drug. Someone who’s been using for a long time would be better off seeking inpatient treatment to receive needed medical care for any physical conditions caused by long-term heroin use. Someone who’s still able to function in everyday life in terms of holding down a job may want to start out at an outpatient heroin treatment center. In this way, he or she can receive needed counseling and supports while still fulfilling work and family obligations.

The withdrawal effects from stopping heroin can easily cause of person to relapse if only to escape the discomfort. The withdrawal stage can last anywhere from seven to 10 days with the worst of the symptoms appearing within 48 to 72 hours of a person’s last use. Once the first 10 days are over, withdrawal effects take the form of an overall sense of malaise with ongoing cravings for the drug. Stopping heroin abuse may be the hardest first step in the recovery process, but it’s absolutely necessary.

As with any other type of drug abuse, both the physical cravings and a person’s mindset work to keep the addiction alive. Psychotherapy offers recovering addicts a way to uncover the problem issues that drove them to escape through drugs. Heroin treatment centers also use psychotherapy to help a person develop new thinking and behavioral styles that promote a drug-free lifestyle.

Therapy approaches used most often include behavior therapy and cognitive-behavioral therapy. Behavior therapy focuses on redirecting a person’s drives and motivations away from drugs and towards a healthier, productive lifestyle. Cognitive-behavioral therapy deals more with changing the underlying belief systems that support drugs as a means of coping and replacing them with healthy, self-affirming views towards self and others.

Alcoholism – one of the main reasons behind deadly road accidents, assaults and increasing cases of domestic violence – has been deteriorating the life of millions of people across the globe. Alcohol, when consumed, may relax you and give you the feeling of being less anxious, but you should not forget that it has direct….

One of the fastest growing drug problems and also one of the most dangerous epidemics in the United States is the use of crystal meth. Methamphetamine is a highly addictive street drug that was once only found to be prevalent in rural areas but can now be found dominating thousands of US cities and towns,….

A recovered alcoholic from Maldon said he has his Quaker faith to thank for helping him stay alive. Anthony told BBC Essex’s Ian Wyatt he started to drink when he was 20, shortly after joining the Air Force. Having had a religious upbringing as a Pentecostalist, he had never previously drank or smoked. After 25….

Boozy girls out of their tiny minds

Scotland’s deadly underage binge-drinking epidemic has seduced a new generation of “pocket-money boozers” – and most of them are Girls. The shocking news comes in a Scottish Sun investigation which shows 3,799 under-16s were treated in hospital for alcohol-related problems in the last five years – some of them as young as Nine. And disturbingly,….

Medicines derived from cannabis: A review of adverse events