These two things go hand in hand. Some people have underlying psychological issues that make them more susceptible to substance abuse and many substance abusers begin abusing substances to alleviate unwanted emotional problems such as stress, anxiety, or depression. Mental health is almost always affected by psychoactive substances which can lead to serious psychological distress and treating one condition without the other is inadequate, often resulting in relapses or preventable deaths from suicides.

According to an August 2014 data report by the Substance Abuse and Mental Health Services Administration, “Among adults aged 18 years or older, the death rate increased with increasing age overall, and the age-adjusted death rate was more than twice as high among those with serious psychological distress (SPD) than among those without SPD.”

Prolonged addiction often leads to physical impairments which many abusers will disregard until brought to the forefront by an emergency medical situation, overdose, or serious disability. Physical illnesses can result in increased risk of substance abuse as well as psychological distress and requires effective treatments to coincide with substance abuse and mental health services to sustain long term recovery benefits. 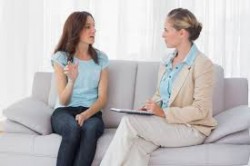 Dual diagnosis treatment ensures that your substance use disorder and mental health are each given proper attention.

Dual diagnosis treatment centers devote attention to the unique aspects of the person and the improvements of physical and psychological health while treating substance abuse at the same time. By integrating all of the services of psychiatrists, psychologists, medical, and professional staff, treatment is more comprehensive and can be adjusted when necessary to obtain the maximum overall results.

Relapse prevention is a common element in treatment, but, some centers may only provide partial treatments or sequential treatments which may be less effective in preventing relapse because any one condition can be a major contributor to the other.

Dual diagnosis treatment addresses all of the aspects that an individual needs to remain abstinent long term by helping them to get past the restraints of their mental or physical health and their addiction.

A big part of dual diagnosis treatment may involve extended treatment services of medical or psychiatric care, medication assistance, and therapies that continue to provide stability for the person long after leaving formal treatment.

Alcohol consumption may be associated with an increased risk of prostate cancer in African-American men, according to researchers. A team led by Lionel L. Bañez, MD, Assistant Professor of Medicine at Duke University Medical Center in Durham, N.C., prospectively collected data, including information on alcohol intake, from 334 men undergoing prostate biopsy at Durham Veterans….

A campaign group has called for more research into the way alcohol can affect teenagers’ health. Alcohol Concern said it was worried that a rise in teenage drinking would lead to more people suffering alcohol-related illnesses at younger ages. The organisation called for further study as it emerged that a 22-year-old man was dying in….

Biggest barrier often mother’s guilt over drinking alcohol during pregnancy, says woman with affected son Alone and grieving the deaths of three close friends, Annette Cutknife drank for all nine months of her pregnancy. A college student at the time, she didn’t care what would happen, but the moment her son was born, she knew….

Heavy drinking adversely affects a person’s performance and perception hours after alcohol has left the body, researchers in Rhode Island said. Researchers at Brown University recruited 95 healthy adults ages 21 to 35 who had reported having a hangover at least one time within the month before the research began. The participants were randomly assigned….

Methamphetamine is a dangerous drug that comes with significant risk of addiction which is very difficult to treat. The symptoms of withdrawal can become so severe that many users find themselves back in the habit of using just to avoid the discomfort, sleepless nights and debilitating urges that come with not using. Psychologically, methamphetamine can….