Calgary facility on move for third time since 2003

Lisa Jovetic isn’t the kind of woman who often comes to mind when people grumble about drug addicts.

The once happily married mother of two and self-described “goody-goody” got hooked on drugs nearly five years ago after she was hospitalized for pneumonia and contracted a superbug. “They kept me really stoned,” she recalls.

By the time she left the Ontario hospital two months later, Jovetic was addicted to painkillers and turned to the street to get her next fix. It became a $100-a-day habit.

Within six months, she ran away from her family and friends in Ontario and moved to Calgary, where she fed her addiction for another couple of years before turning to a local methadone clinic for help.

Methadone, an opioid, is considered a relatively inexpensive way of getting drug addicts off heroin, morphine, crack cocaine and some prescription painkillers. 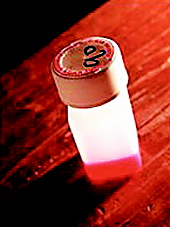 “Since I have been on this program, I have not even thought of being on any pills,” Jovetic, 33, says while waiting to meet with her doctor at the Second Chance Recovery Centre. “It’s the best thing that’s ever happened to me. My life is normal again.”

The Second Chance Recovery Centre has 500 clients–many with similar stories of addiction to prescription drugs–and boasts an 85 per cent success rate. It provides counseling along with a daily dose of methadone, a powder dissolved in orange juice.

But the same clinic that’s helped many addicts get their lives back has once again raised the ire of its neighbors, forcing it to move for the third time since opening in 2003. In the latest controversy, the Highland Park Community Association complained to the city that the area isn’t zoned for a medical clinic. The subdivision and development appeal board decided the clinic can stay until the end of June while it tries to find a new home.

“We’ve been searching and searching for a new site,” says clinic director Bill Leslie, who only moved the clinic to the northeast from downtown last fall when its lease was not renewed because other tenants in the building raised concerns.

Although he has two potential sites in mind, Leslie says he plans to gain the support of the neighbors before he makes either location public. Otherwise, he worries the misperceptions about methadone clinics will make finding a new spot impossible and force them to close down.

Already, a proposed Forest Lawn site provoked Ald. Andre Chabot to object because there was a childcare facility nearby.

“The concern from some of the residents’ perspective is in regard to the potential impact on the community,” he says, “and not from the majority of the (methadone patients), because the majority of the participants are actually doing what’s right and trying to change their lives. It’s the one per cent or the five per cent or in this case . . . 15 per cent that are not (compliant).”

It’s a concern those involved with the clinic have heard before. In 2005, the clinic created controversy in the Beltline after at least one fatal overdose on the streets and fears of escalating drug use in the area. It had planned to move a few blocks west due to the concerns, but a similar backlash ensued.

Dr. Mat Rose, a physician at an inner-city health clinic in Edmonton, says some people equate methadone use to drug use.

“Addiction is a mental illness,” he says, noting he has about 50 patients on methadone. “People made bad choices initially and find themselves trapped. How many of us would say people who have developed lung cancer who have smoked shouldn’t be treated?”

Yet, when people say they don’t want a methadone clinic in their neighborhood, Rose suggests they are saying addicts shouldn’t get treatment.

He acknowledges there are a few negatives, including the potential for drug dealers to prey on addicts who attend the clinics. People also worry about how such facilities will impact their property values. But Rose says there are also positives with the clinics. For one, there is often a decrease in crime in the immediate area because addicts no longer break into cars or shoplift to pay for their next fix, he says. And without a place to get help, some might return to their old ways –and crime would increase.

Clients at Second Chance Recovery agree, saying there would be a lot more addicts on the street without the clinic.

“If it wasn’t for this clinic, there would be so much more crime,” says Ed Legault, who started taking methadone seven years ago after getting addicted to painkillers for injuries he sustained in a car accident. “I wasn’t the greatest person . . . but I’d be dead if they shut this place down.”

Donald Head, 45, has been taking methadone to halt an addiction to crack cocaine.

“Methadone saved my life,” says Head, who drives to Calgary from Pincher Creek once a month to meet with his counselor and maintain his prescription, which he can get filled at his local pharmacy.

Some pharmacies can fill the prescriptions and up to 60 doctors across Alberta can prescribe methadone. But there are also six dedicated methadone clinics across the province that offer counseling alongside treatment, including the Second Chance Recovery Centre and at the Sheldon M. Chumir Health Centre in the Beltline.

Police say they’ve had no problems with crime near Calgary’s clinics. “To my knowledge, there has been no noticeable difference –no increase, no decrease,” says Det. Doug Hudacin of the Calgary Police Service’s drug unit.

Ald. Diane Colley-Urquhart, a nurse, says there are misconceptions about many of the people who seek help at methadone clinics. “People think that those who go on methadone are bums, are homeless, are alcoholics, are drug addicts, are unemployed and all of those stereotypical attitudes,” she says. “My experience is that it couldn’t be further from the truth.”

She says it’s time to stop the rhetoric and start looking for a place to house the clinic–before countless people are dumped on the streets with no support. Colley-Urquhart says she will talk to her council colleagues about what they can do to deal with the clinics.

Ald. Bob Hawkesworth, whose ward includes the clinic’s current location, says the city doesn’t treat methadone clinics different from any other medical clinic. But he says communities can react negatively: “You would expect the typical community response or reaction would be not in my backyard.”

Hawkesworth notes that in the most recent clinic controversy, the communities involved had already accepted another addictions facility on the same street. “There was a feeling that someone was taking advantage of their goodwill,” he says.

The hurdles facing the Second Chance Recovery clinic have those running the facility scratching their heads.

“It’s funny–in smaller communities, we are accepted,” says Leslie, who also runs methadone clinics in Red Deer and Medicine Hat. “In a small community, you can educate the community. How do you educate a city of a million people?”

A new study shows that binge drinking may have far more significant effects than merely a bad hangover the next day. Researchers from the University of Santiago de Compostela in Galicia, Spain, reported that binge drinking can affect the brain in similar ways that are seen in chronic alcohol abusers. Binge drinking is defined in….

Many people underestimate just dangerous prescription drugs can be. While people want prescription drugs that can help them through their ailments or help them cope with other health issues, they often don’t realize that these drugs should be treated with as much caution as illegal or addictive drugs. Currently, pain relievers are one of the most commonly….

You may be drinking to your death

Excessive consumption of alcohol impairs normal reasoning and can lead to injury or even death. Ugandans love their drink. When you ask most, even ladies, how their perfect evening would be, the answer usually is, “At an outing having a drink.” A drink here doesn’t refer to one bottle of beer; what most of them….

Deciding to seek help for alcoholism is the very first step to finally recovering from a dangerous and deadly addiction to alcohol, but it’s also one of the most difficult decisions you will ever make. Choosing between the many alcoholism treatment centers that are available to help you or a loved one overcome addiction is….