How Bulimia Treatment Improves Your Health

With weight loss or avoiding weight gain as the primary goal, bulimia drives many women (and a few men) to take drastic measures to attain an “ideal” body weight. According to Harvard Health Publications, an estimated one out of every 100 women will develop bulimia in their lifetime, whereas bulimia rates for men equal one-tenth of the rate for women.

The effects of bingeing and purging and/or consuming laxatives and diuretics on a frequent basis take a considerable toll on a person’s physical and psychological health. As bulimia disorders stem from psychological issues involving self-image, many affected individuals require bulimia treatment in order to overcome this condition.

Bulimia treatment addresses the disorder at its root, which enables a person to see considerable improvements in his or her lives on both a physical and emotional level.

Bulimia health effects can take any number of forms due to the widespread damage done to the body in the process. Medical complications may take the form of –

As bulimia practices create an overall state of nutritional imbalance throughout the body, nutritional counseling becomes an essential part of a bulimia treatment program.

The severity of a person’s condition ultimately determines what type of bulimia treatment will work best. In effect, bulimia’s effects on the body’s major systems can compromise a person’s health in a big way.

After a while, fatigue and exhaustion start to impair a person’s ability to carry out everyday tasks. Through ongoing bulimia treatment, increased energy levels and improvements in overall health work to enhance a person’s quality of life. 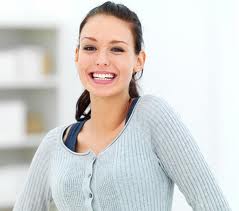 Getting treatment for bulimia will help you heal while learning how to treat your body and mind better.

The underlying emotional and psychological issues that drive bulimia become the focus of bulimia treatment regardless of the severity of the disorder. While some people may only require nutritional counseling and psychotherapy, others may require medication therapies to treat secondary psychological disorders that result from bulimia. Medication therapies become necessary when depression and/or anxiety disorders hamper a person’s recovery efforts.

With longstanding bulimia conditions, bingeing and purging practices become habitual to the point where these behaviors become the norm in a person’s daily life. Bulimia treatment incorporates a range of behavior therapy approaches designed to help suffers break this pattern of behavior in their lives.

Many bulimia suffers have developed a poor self image that dates back to childhood. Working through these issues becomes a big part of the recovery process. Bulimia treatment programs use cognitive-behavioral therapy to help a person undo the destructive belief systems that support a poor self-image. These belief systems have to do with distorted thought patterns regarding self and the destructive relationship a person forms with food.

With ongoing treatment, a person learns how to incorporate food as a healthy part of everyday life while developing coping skills for dealing with life stressors and pressures. Bulimia treatment interventions may also employ interpersonal therapy treatment approaches to help in understanding how relationship conflicts contribute to compulsive eating disorder behaviors. In the process, a person learns how to develop and enjoy healthy relationships with others.

Narcotics anonymous is a 12-step program that is implemented for the early recovery of an individual who is highly prone towards doing substance abuse. It is a community and an association to recover the drug addicts. It is non-profit organization established for those men and women that face drug related problems. The membership in this….

Russian President Dmitry Medvedvev on Friday gave his officials three months to enact tough restrictions to try and curb alcohol abuse. Last month, Medvedev described alcoholism as a “national disaster”, which undermines public health and hampers the economy, urging the public to unite in fighting against it. Russia has one of the world’s highest per-capita….

The specific pathway through which binge drinking contributes to clogged arteries has been identified by University of Rochester Medical Center researchers. Alcoholic beverages contain ethanol, which is mostly converted into acetaldehyde. The Rochester team found that binge drinking-related levels of acetaldehyde make immune cells called monocyctes more likely to stick to blood vessel walls and….

The mental state of an individual largely governs his social behavior, his physical health and also his overall personality. If an individual is not sound mentally then there are possibilities of him generating some kind of disorders or getting addicted to harmful things. Eating disorder is one of the many different disorders that are likely….

5 Ways to Make the Most Out of Alcohol Abuse Treatment