About ADHD and Treatment

Attention Deficit Hyperactivity Disorder, better known as ADHD, is a mental illness that results in a person having a difficult time concentrating and they may have uncontrollable bursts if energy. When a child his ADHD they will start to have problems in school, and they may start to have behavioral issues at home.

Both children and adults can be diagnosed with ADHD, although the majority of diagnoses are made in children. One of the biggest problems that stems from ADHD is the social issues that arise. A person, whether they are an adult or child, may have difficulties developing friendships or any type of stable relationship with another person.

According to the National Alliance on Mental Illness, developing and maintaining relationships can be extremely difficult across the lifespan of a person living with ADHD. Social issues are commonly problematic in childhood for a person living with ADHD, but they can become even more severe in adulthood when an adult is trying to balance relationships with work and raising kids. 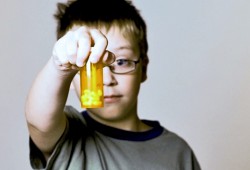 Medication is an important component in ADHD treatment for children and adults, though their medications and dosages are usually different.

There are numerous types of treatment options a person has to choose from when they have been diagnosed with ADHD, but the first step is being evaluated by a psychiatrist and going to therapy. Although both children and adults can be diagnosed with ADHD, the treatment methods are a bit different between the two.

The Differences between Child and Adult ADHD Treatment

According to the National Alliance on Mental Health, many of the tactics that help youth with ADHD, such as coaching, structure, organizational tips and medication interventions, are also helpful for adults living with ADHD. Both adults and children should develop an individualized approach to treatment, such as one that focuses on their strengths and circumstances.

The main two components of ADHD treatment are medication and therapy. Both children and adults should have both of these components in their treatment in order for it to be effective. However, although adults and children may be offered some of the same types of medications, adults will take stronger doses of the medication. Adults also have more of a variety of medications they can use than children do.

Therapy will also differ since there are aspects in an adult’s life that will need to be addressed that will not be present in a child’s life, and vice versa.  For example a child’s therapy sessions may be focused on school and building social skills with friends, whereas an adults therapy may be more focused on stabilizing their job, marriage, and family.

WHO Report States Alcohol Kills More than AIDS and Violence

A recent report issued by the World Health Organization has found that alcohol is more deadly than AIDS and violence as well as various other conditions such as tuberculosis. It is estimated that 4% of all deaths that occur worldwide are caused by alcohol. Such alarming statistics give rise to the need for more alcohol….

DEEP down, we all know Scotland has a drink problem. But what are you prepared to do about it? This must be the starting point for us all this week as we consider proposals to be brought forward by Kenny MacAskill, our crusading Justice Secretary. MacAskill has taken it upon himself to make Scots wake….

The Genetics of Alcohol Abuse