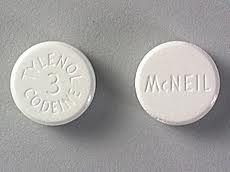 A codeine addiction can be deadly.

The term ‘heroin addiction’ conjures up images of the down and out, malnourished and skeletal, banging up drugs in a backdrop of squalor with a dirty syringe full of god knows what; a tatty piece of cord-turned-tourniquet, clenched between the teeth with its distal end inflating the last surviving veins. An arm ravaged by years of injecting drug use.

This stereotypical image of the heroin addict is, in the vast majority of cases, a false one but it nonetheless highlights how heroin addiction is viewed by society. Heroin users are stigmatised and often feel like outcasts, hopeless.

While heroin use has received considerable media coverage in the past decade, there is an addiction emerging that has only recently caught media attention.

Codeine addiction. In the US the drug has earned the nickname ‘Hillbilly heroin’.

Codeine is a short acting opiate drug which belongs to the same family as heroin. Although its effects tend to be milder than heroin, if taken regularly users can become physically dependent on the drug.

Over the Counter (OTC) codeine based analgesic preparations contain small amounts of codeine, usually between 5 and 12.5mg per tablet. The codeine is usually combined with paracetamol (e.g. Solpadeine) or with ibuprofen (an anti-inflammatory drug, e.g. Nurofen Plus).

Herein lies the biggest problem associated with these medications. While codeine is addictive it is not usually physically harmful to those who regularly use the drug. This is similar how people get hooked on cigarettes — it’s the nicotine that’s highly addictive, but it’s the 4,000 or so chemicals in cigarette smoke that cause, by far, the most damage.

Paracetamol, if taken in sufficiently large quantities (possibly as little as 20 x 500mg tablets a day), is toxic to the liver and can result in irreversible liver failure.

Ibuprofen is a non-steroidal anti-inflammatory drug (NSAID) and like all NSAIDs, chronic use can result in kidney problems and stomach ulceration.

These ulcers can perforate or bleed, which may require emergency surgery. The vast majority of regular users are unaware of these potentially catastrophic effects.

I recently started a patient on methadone who developed a perforated stomach ulcer from years of abuse of codeine-ibuprofen preparations.

She told me that she never knew that these drugs were addictive. She explained: “I spent years going from doctor to doctor trying to get help. They had no idea how to treat this addiction.

“I tried to detox myself off the tablets but became very sick with severe pains in the stomach, the shakes and vomiting. In the end I just had to go back on them.

“Since I started methadone treatment I have been off the tablets for six months. I’ve never felt better. It’s given my family and me our lives back.”

The prevalence of codeine based analgesic abuse in Ireland is not known.

There is little doubt that these drugs, when taken appropriately and as directed, help many thousands of pain sufferers in this country and improve their quality of life.

The treatment of codeine addiction is not simple. In Ireland, the only drug licensed for the purpose of treating codeine dependence is methadone, a drug far more commonly used to treat heroin users. Whilst the drug is very effective at reducing the harm associated with analgesic abuse, it is probably not the best option if detoxification is the ultimate goal.

In the UK and many other countries, a drug called buprenorphine is available and may be a better option.

Codeine (in the form of dihydrocodeine) is also used for this purpose. This allows patients to be given the addictive drug in reducing doses, but without the harmful additional drugs (paracetamol and NSAIDs), so that they can be safely weaned off codeine over time.

Whilst rehab centres may appear more attractive to codeine misusers, there is a high relapse rate. On the other hand, methadone treatment centres are unlikely to appeal to many codeine addicts.

Opening specialist clinics may be an option, however many patients for reasons of confidentiality, may eschew these services.

A potential treatment option is for patients to be treated by community GPs trained in addiction treatment. The GP setting is much less threatening.

As addiction sufferers are at a higher risk of psychiatric problems than the general population, GPs are well placed to treat symptoms such as depression and anxiety and could refer more serious mental disorders to a psychiatrist.

Finally, whilst codeine based analgesia is widely available I would guard against restricting its use by making it prescription only. The vast majority of people use these drugs safely and as directed. It would be unfair to penalise the majority because the minority are misusing them, however greater awareness and better treatment options are needed than currently exists.
________
source: The Herald, http://www.herald.ie

Sometimes I hate being a girl, especially if you’re a girl who enjoys the occasional cocktail. We all know drinking can have unintended consequences, but it turns out that imbibing poses more risks for us than it does the guys. When women drink, they become intoxicated more quickly than men do, and the alcohol causes….

The Placer County Health and Human Services (HHS) Substance Abuse Prevention Program is reminding parents, teens and young adults to remain diligent against underage drinking and binge alcohol consumption, especially during the holidays. Students, both high school and college, are out for annual holiday breaks. And while the holidays bring many festive occasions, they can….

Children with fetal alcohol spectrum disorders (FASD) are often initially diagnosed with attention-deficit hyperactivity disorder, since the two problems can manifest in similar ways, a new study shows. However, children with FASD have more difficulty interpreting social information than children with ADHD, and this results in more severe behavioral problems, the researchers found. The study….

Voters in Switzerland go to the polls on Sunday to decide whether to make a controversial heroin prescription programme a permanent, nationwide health policy. The Swiss government supports the idea but opponents say it encourages drug addiction, and sends the wrong message to young people. Throughout the 1980s and early 1990s Switzerland had one of….