When two mental disorders or illnesses occur at the same time, or in sequence, in the same person, it is known as comorbidity; when these conditions are diagnosed, it is called a dual diagnosis.

Mental disorders are defined by the National Institute on Drug Abuse as “A mental condition marked primarily by sufficient disorganization of personality, mind, and emotions to seriously impair the normal psychological or behavioral functioning of the individual.” Dual diagnosis recognizes substance abuse disorder as a co-occurring mental disorder with other mental disorders or illnesses and there is a high prevalence of comorbidity between the conditions.

The Prevalence of Substance Abuse and Illnesses

Often, people who enter treatment for substance abuse, have recognizable symptoms of illness such as infections, diseases, cardiovascular problems, respiratory problems, fatigue, malnutrition, or diabetes. The exposure to abusive substances may have been a result of these illnesses, through prescription medications or attempt to self medicate for relief, or the illnesses may have occurred because of the substance abuse. Dual diagnosis of these conditions can be complicated and requires addressing both issues at the same time in order to be effective.

The Prevalence of Substance Abuse and Mental Disorders 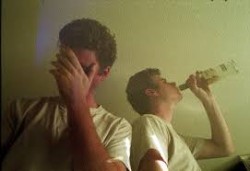 Research shows that many people who suffer from a mental disorder also have a substance abuse disorder and vice versa, although one may not be the cause of the other, even if it appeared first. There are many reasons why these disorders overlap although the causes of each may be difficult to establish.

Substance abuse disorders often cause mental disorders because the mind has been altered from the abuse. Repeat use of some substances can seriously damage the brain and central nervous system to the point that the person suffers psychosis, schizophrenia, hallucinations, deliriums, anxiety disorders, panic disorders, depression, and suicidal or harmful tendencies, along with many other psychological issues.

Mental health disorders can affect reasoning and judgment, leading to substance abuse and individuals with mental disorders such as depression, anxiety, or post traumatic stress disorder, will often use or abuse substances to relieve their symptoms. Individuals suffering from other psychiatric disorders may be vulnerable to substances due to biological issues, brain deficits, or other exposures to stress and trauma such as domestic violence, abuse, or neglect.

Under a dual diagnosis, the treatment of both the substance abuse disorder and the mental disorder in continuum is necessary to promote stability, decrease vulnerabilities, prevent relapse, and control the effects that one may have on the other or prevent the effects from worsening.

John made it through Christmas with flying colors, though there was no hint of self-congratulation in his voice yesterday. But now New Year’s Eve is coming up, and for people like him the greatest hazards won’t be the ones lurking on the highways; they’ll be found in the gatherings of family and friends where someone’s….