We must fully debate our attitude to alcohol, or acknowledgment of our dysfunctionality will be suppressed, writes BRIAN O’CONNELL

A soon-to-be-published study attempts to define, with some clarity, what the health consequences of our national hangover are.

The report examined alcohol-attributable deaths and hospitalisation in Ireland from 2000 to 2004. In that period, one-in-10 bed-days were due to the harmful effects of alcohol.

The report’s author, Dr Jennifer Martin found that the cost of bed-days attributable to the negative effects of alcohol was €953 million.

Dr Martin found the health burden related to alcohol in Ireland was high and unnecessary. Figures related to alcohol-related deaths were moderate in middle to older age groups, but the proportion of age-specific deaths attributed to the negative effects of alcohol was much higher in younger age groups. 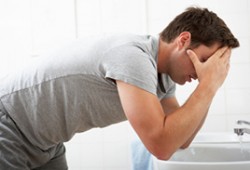 The negative effects of alcohol can be dangerous.

Almost one-quarter of deaths in males aged 15 to 39 and one-sixth of deaths in females of the same age could be attributed to alcohol’s negative effects.

Dr Martin’s study is welcome, partly – and somewhat surprisingly – because research data on alcohol-related problems in Ireland is limited. In previous reports, authors have tended to focus on specific groupings within society, making a comprehensive picture difficult to highlight with any great accuracy.

We know our teens regularly appear near the top of European binge-drinking leagues, and that numbers presenting for alcohol treatment have risen in the past decade. We’re less clear on the great swathe of Irish drinkers and the health and social costs resulting from their drinking.

Among the recommendations in Dr Martin’s study is for a high-quality alcohol consumption survey and emergency department database to capture accurate data. This seems a no-brainer. Ireland’s AE departments are windows into society’s ills and can function as public health observatories if the information is collected properly.

Currently that is not happening, and neither the political will nor the public pressure appears to exist to make it happen.

It’s important we collect this data, so that the next time drinks-company-sponsored sporting events are broadcast or foreign dignitaries are pictured on Irish soil with a pint of black stuff in hand, we as a society can be fully aware of the pay-off for our buttressing of those images.

The past few months have seen further chapters added to the tale of Ireland’s dysfunctional relationship with alcohol. The debate on Good Friday drinking was a national one, questioning our right as a nation to party. Like so often when it comes to addressing our relationship with alcohol, money talks, and in this instance, the pay-off for local businesses in Limerick overrode a more philosophical discourse on the role alcohol plays in our sporting and cultural events.

The furore around head shops and their products has also been a curious one, not least to public health campaigners, who have been highlighting Ireland’s difficulties with alcohol to muted response for decades. Spurred by media campaigns, Government Ministers have rushed to bar head shop products and their sale.

Politicians of all creeds have shown little reticence in speaking out against the presence of head shops in their localities. Perhaps if the same effort was shown regarding our other legal mind-altering outlets and liquids, a genuine national discourse might follow.

As long as the image of us as a booze nation is propagated unquestioned, acknowledgment of our underlying dysfunctionality will be suppressed.

Six months on from a book of mine detailing both my own and Ireland’s dysfunctional relationship with alcohol, I get weekly calls from people fighting against alcohol dependency.

The calls come from all kinds of people. Many simply want to offload their struggles to a sympathetic ear and hear an optimistic note in an otherwise desperate period of their lives.

Some contact me because they fear their families can take no more, and because they are scared and want to know what treatment might entail. In several cases, they have called me before talking to their doctor, because the shame of admitting defeat to Irish society’s great social binder can be paralysing.

What do I say to them? What can you say to a person struggling with drink and living in a country in such denial? I tell them some of my story, of my troubled 20s and rehabilitation, and my happier 30s. I talk about shame, guilt, life choices, and sober living.

I congratulate them for taking the first step and making contact. I say I never thought I would be able to enjoy a night out without booze. Now, I can’t imagine a life with it.

Some of them are not yet ready to get off the rollercoaster. Others bravely take the next step, seek counselling, or join an Alcoholics Anonymous group and begin restoring their lives.

During the round of media interviews while promoting my book, many interviewers were less interested in why we Irish drink the way we do, and more concerned with how many pints I could drink before falling over.

Like it or not, we’re obsessed with romanticising hazy excess in Ireland.

Until a more sobering picture of our relationship with alcohol emerges, that obsession is likely to remain unchallenged.

Brian O’Connell is a journalist and author of Wasted – A Sober Journey Through Drunken Ireland ( Gill and Macmillan).

Programs that give drug addicts access to clean needles have been shown the world over to slow the spread of deadly diseases including H.I.V./AIDS and hepatitis. Public health experts were relieved when President Obama announced his support for ending a ban on federal funding for such programs. Unfortunately, Mr. Obama’s message seems not to have….

Drinking and driving is a growing problem

With the holiday season upon is, law enforcement officers are taking measures to make sure the roads are safe. The reason, they say, is that South Carolina leads the nation when it comes to drinking and driving. And that, they say, is no laughing matter. The Palmetto State is second in the country when it….

If you think you drink too much, and you are not content with that, then you need to take action. Nobody can force you to reduce your alcohol intake, or make you seek professional help. The only person who can take responsibility for your drinking is YOU. No one else can change your lifestyle, but….