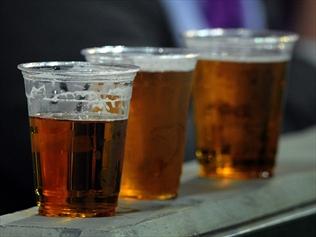 Alcohol abuse can cause some serious risks.

The Federal Government in Australia is developing a strategy for combating excessive alcohol consumption, spending $53.5 million dollars on a national strategy. This comes after concern about binge drinking amongst young people, a rise of alcohol-related violence and associated problems.

Another tactic the Government is proposing is to tax the drinks referred to as alcopops –- pre-mixed drinks marketed to young people. Coca-cola Amatil is upset by this move believing that it will have no affect on binge drinking. However, evidence on the taxing of certain alcoholic drinks has shown that when taxed, consumption drops.

For example, when light beer was introduced which attracted a lower tax, a significant number of people switched to the less expensive light beer. In addition, in one state the effect of higher taxes on alcohol lead to reduced alcohol related problems in all communities including indigenous ones. However, this tax was later removed resulting in huge social problems relating to an increase in the consumption of alcohol.

Statistics from the Australian Institute of Health and Welfare show that teenage girls are becoming heavy drinkers –- 3 times more likely than boys to consume alcohol once a week. They are also drinking more and are more likely to drink at harmful levels with figures showing that nearly 30% put themselves at risk every month (1).

The short term risks include risk-taking behaviour, coordination problems leading to falling over and other accidents, speech problems, unconsciousness, and heart problems (2). While long term there is the risk of breast cancer based on research linking it to the moderate consumption of alcohol.

Surprisingly the tax is not being supported by the opposition who claim that it will be blocked. This is despite the evidence that a tax will contribute to a reduction in consumption as advised by experts. Professor John Toumbourou, of Health Psychology at Deakin University, believes a price increase will affect consumption particularly of girls that have fixed drinking preferences.

It is not just governments who have a role to play but parents as well. Research has shown that introducing alcohol to children at an early age to encourage sensible drinking is not good at all, as the earlier they are introduced, the more likely they will become binge drinkers.

For this reason the National Health and Medical Research Council changed its guidelines. It now recommends that children 15 and under should not be given any alcohol. Some health experts want to take this further and make it illegal for anyone to give children and young teenagers any alcohol.

The World Health Organisation (WHO) is now also developing strategies to combat binge drinking among young people as well as health problems caused by over-consumption. This will include guidelines on the marketing, pricing and distribution of alcohol.
___________
source: Natural News

We treat alcohol like fruit juice now ..this has to stop

The night out was jokingly billed as “the messiest” in town but the reality was nothing to laugh about. Hammered teenagers guzzled strong lager for £1 a pint at the rowdy student club night. Tottering drinkers quickly lost all powers of self-control and wrestled with each other to be served first. Worryingly, these sort of….

When the vomiting, tremors, and chills she felt each morning became overwhelming, Jessica Polmann started selling her body to finance her heroin addiction and halt the debilitating physical symptoms of withdrawal. The petite, blond cheerleader, who made the honor roll before she started doing heroin at age 13, received $60 and some cigarettes each time….

Prescription painkiller abuse is a rapidly growing and widespread problem, recently coming into full view due to high profile stories and tragic celebrity deaths. Conflicting messaging and the degradation associated with addiction often mislead people from understanding it as a disease, caused by an imbalance of receptors in the brain. American Board of Addiction Medicine….

Why should we care about cannabis?

Approximately 4 per cent of the world’s adults – some 162 million people – use cannabis every year, making it the world’s most widely used illicit drug. In some countries, more than half of all young people have tried it. In spite of this high rate of usage, many basic facts about cannabis remain obscure…..

Drawn by the promise of free water bottles, more than 1,330 students flocked to the Malkin Athletic Center last Friday for National Alcohol Screening Day, marking a record level of participation that rose by almost 40 percent from last year. The annual event, which takes place at hospitals, community centers, and universities around the country,….