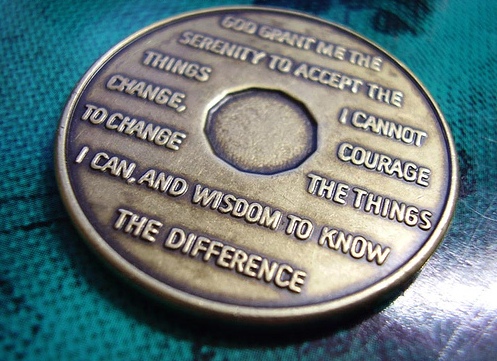 Alcoholics Anonymous has delivered support for many people.

Tom has been sober for 27 years, but the road to recovery was far from easy.

“It’s still one day at a time,” he said. “The only person that can say you’re an alcoholic is the person themselves.”

Every day is a struggle.

“I will always been an alcoholic,” he said. “But I chose not to drink today. I take it one day at a time.”

According to the national library of medicine, alcoholism is a disease that affects nearly 17.6 million adults in the United States. The are four main features: Craving, loss of control, physical dependence and tolerance.

Tom began drinking late in life. He said when he was a senior in high school at the age of 18, he had his first drink.

“For the first 10 to 12 years, it was just on week-ends,” he said. “Alcoholism has no respect for person, it can affect anyone.”

Tom said alcoholism can reach anyone, the banker, the lawyer the normal everyday person.

“What do you think of when you hear ‘alcoholic’?” he asked. “Most people think of the bad guy in the gutter.”

He drank for many years and lost a lot throughout that time.

“I drank from 1948 until 1982. It made me feel different,” he said. “I spent all those years looking for that first feeling, but never found it.”

Alcohol first opened him up and allowed him to have fun, but his fun soon turned into loss.

“We (alcoholics) have lost a lot of things,” he said.

In his younger years, Tom worked as an executive and was happily married with two children.

“It took everything from me,” he said. “It took my wife and kids.”

Tom said alcohol is only a symptom of a bigger problem.

“I feel it is in my physical and psychological make-up,” he said.

He knew he was going down hill, but didn’t know how to pick himself up.

“I was on an elevator and instead of going up, I went down, and kept going down till I got to the basement,” he said.

He said it took him falling on his knees and asking God for help, to realize where he was. He had to hit rock bottom before he knew he had a problem.

“I was sleeping under a bridge in a cardboard box. Some one took me to an AA meeting.”

Tom feels he was called to Cullman to reach out to others in the same situation.

“I feel God called me to come to Cullman. I let God work through me so I can help others.”

He wants people to be clean for themselves, not for family or friends.

“The key to being successful is you got to want to be sober.”

He found help through the Alcoholics Anonymous group in Cullman.

“I still attend meetings three times a week,” he said. “I found a way of living there.”

Tom was comfortable at AA meetings because he could talk to others who had the same problems he did. They understand each other. They can openly discuss their problems without feeling like outcasts.

The life of an addict is not a good one, he said.

“A lot follow this to insanity or even death,” he said. “It is an impending doom.”

AA follows the 12 step program. Tom said all the 12 steps need to be taken to get well.

“The key is to work the steps,” he said. “We are never cured of alcoholism, but you have to be willing to accept help.”

Tom is finally happy with his life.

“Going to the meetings has allowed me to go into a new life of freedom and happiness. It teaches us to be responsible people and have to make direct amends to people we harmed.”

Tom invites anyone who may have a problem to join AA.

“It doesn’t make a difference how people get there, just that they get there. We treat everyone alike and welcome you.”

Today, Tom is happily remarried and gives thanks to the Lord for his recovery.

“It’s an entirely different life,” he said. “It’s 100 percent better. I feel like today I am a member of the human race.”

Binge-drinking teens on track for disaster

As always, I had a great time at Courtenay’s Island Music Fest this past weekend, and I don’t want what I’m about to say to be taken as criticism of what is a summer highlight for my family. But holy moly, there was some out-of-control drinking going on up there. There were kids drinking so….

Canadians are spending hundreds of millions of dollars every year self-medicating their insomnia with alcohol, a new study suggests. “We were very surprised to see that so many people use alcohol as a way to promote sleep, particularly because it has more detrimental than beneficial effects on sleep,” says Charles Morin, a professor of psychology….

If you are concerned that a loved one may have a drinking problem or a problem with substance abuse, you’re not alone. Recognizing the warning signs of drug or alcohol abuse early on can make a major difference when it comes to the length of time that it takes for the user to get well….

Opiate intake regularly can lead to disorders related to the central nervous system. In an opiate addiction, the person is habitual to taking opiate drugs for “pain management”. This constant use of the opiates, affects the functioning of the nerve cells that results in the end of the “natural endorphins” production, which are capable of….