The first phases of alcohol dependency treatment focus on detox and ridding the body of harmful toxins that cause withdrawals. Treatment of alcohol withdrawal in a medical environment may include various medications that control cravings, curb cravings or otherwise help speed the detoxification process along so that the patient can move on to psychiatric treatment for the alcohol dependence.

Some of the medications that are commonly used in alcohol dependency treatment include: 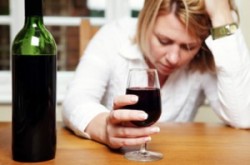 Alcohol dependency treatment can help you overcome your addiction!

Once medical treatment is under control and the patient at least is no longer suffering from extreme withdrawal symptoms as a result of his or her alcoholism, psychiatric treatment can commence. During this phase of treatment, a wide range of psychiatric and psychosocial treatment methods may be used to help retrain the patient to have fun, trust in others, build relationships, interact socially and ultimately to heal from alcohol addiction.

Social support groups such as Alcoholics Anonymous are a common ground during this phase of treatment and for many addicts, the interaction in these groups will continue for many years to come. AA represents a safe place where alcoholics (and recovering alcoholics) can come together to get help and support for a better recovery.

Psychiatric treatment may also include behavioral therapy which focuses on teaching the recovering alcoholic now to reduce anxiety, distress and take part in life without alcohol. Changing behaviors takes time but the end result is often the ability for the addict to have great self-control, to enjoy life and to remain abstinent from alcohol for a very long period of time. Sobriety in a clean and active lifestyle is emphasized along the way.

Harsh truths about your alcohol intake

This summer has been another wet one. With all the rain it’s enough to drive you to drink! Most of us enjoy a tipple now and again, but do we really know how much is safe and when to stop? Am I better off having an occasional pint or should I cut it out altogether?….

Those who decide to give up alcohol this Easter weekend won’t necessarily be doing so because of holiday tradition. For those involved in the National Council on Alcoholism and Drug Dependence, it will represent an effort to raise awareness of alcohol disease. The three-day challenge, always the first weekend of April, kicks off the 23rd….

Factors that affect suicide rates include drug addiction and alcohol abuse. Studies also shows that being male, or part of a minority group, affects the incidence of suicide. New data from the CDC’s Morbidity & Mortality Weekly Report shows that interventional programs should focus on alcohol treatment and rehabilitation to reduce the risk of suicide….

Does affordable drug treatment really exist? Yes. There are facilities that do provide affordable treatment to patients. Often, these facilities are government run. As stated by the NIDA, “Because drug abuse and addiction are major public health problems, a large portion of drug treatment is funded by local, State, and Federal governments.” This is where….

Oregon Health & Science University Cancer Institute researchers have pinpointed the protein that can lead to genetic changes that cause lung cancer. Researchers discovered that the production of a protein called FANCD2 is slowed when lung cells are exposed to cigarette smoke. Low levels of FANCD2 leads to DNA damage, triggering cancer. Cigarette smoke curbs….