Study Finds that Most Addicts are Not Receiving the Best Treatment

Anyone who has dealt closely with addiction knows that it is a terrible disease. Those who live with addiction struggle with temptation, shame and guilt as a result of their addiction to a point in which is totally disrupts any chance at a normal lifestyle.

Treatment for addiction is based on medical approaches, scientific advancements and of course trial & error. That’s right, addiction treatment is often still very much a process of trial and error—it’s no wonder a recent study has found that most addicts are not receiving the best treatment for their addiction!

For nearly 100 years or possibly longer, people perceived addiction as a lack of will-power, insecurity and a weakness on the addict’s part. It was not until rather recently that professionals have concluded that addiction is not a mere weakness but rather a disease. Unfortunately, a lack of research findings has left many addicts in a situation in which they simply do not receive adequate addiction treatment and care. 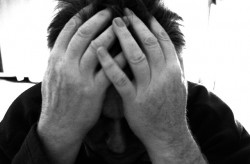 No one should be left with out treatment for their addiction.

According to the National Survey on Drug Use & Health, millions of Americans are addicted to substances such as drugs, alcohol or prescription medications. In fact, as many as 23 million people currently suffer from addiction and need help. The alarming fact is that only about 10% of those who need help ever actually receive treatment and of those ten percent, nearly half will relapse at least once and some many times before getting the right help for their individual needs.

What Can we Do to Help?

While addiction continues to be a very prevalent issue, there are some steps that can be taken to help those who suffer from this terrible disease. Treatment for addiction doesn’t have to be a trial and error scenario in which many people suffer multiple instances of relapse before finally getting the treatment that they need. Steps should be taken by medical teams, treatment professionals and members of the community to determine which methods of treatment for addiction can be proven effective and then further steps should be asserted to utilize such effective approaches in treatment throughout society.

If you know someone who is addicted to drugs, the best thing you can do for them is to encourage them to get help. While they may attempt more than one treatment program before finding one that actually works well, there’s a good chance that time will lead to better advances in addiction treatment and overall care. Encouraging a loved one or friend to continue to seek new options for addiction treatment ensures that they will have the best chance at finding a protocol of care that will work out effectively for their individual treatment.

‘Why alcoholism is in my DNA’

Since she had her first drink at the age of 13, Tanya has battled with alcoholism. Now teetotal, she describes with searing honesty her love-hate relationship with the bottle over the past 22 years – and why she firmly believes that her addiction is a genetic predisposition I am sitting in a room in a….

When Diane O’Connor adopted four children she had been fostering, she knew she had challenges ahead of her. Her previous experiences with foster children at her home in Upstate Albany had proven such kids often suffered from a variety of emotional and behavioral problems. This was understandable, given the abuse and neglect they had endured….

About 40 percent of reformed alcoholics wanted to commit suicide in the past, and about 20 percent actually tried to do so, according to a survey by a national suicide prevention center. The center conducted a comprehensive survey on former alcoholics between April and June this year. The percentage of former alcoholics who had wanted….

They’re sweet like sodas, but pack the kick of caffeine. They also contain from 5 to 12 percent alcohol. And they are hard to tell apart from energy drinks. But they’re alcohol energy drinks, an emerging problem with young people nationally as well as locally, Dr. Charles McCart, a Mercy Medical Center emergency room doctor,….

How Interventions Encourage Individuals Make the Decision to Get Help

The reality of drug or alcohol addiction is that the addiction is a disease that can ruin lives and ultimately kill the addict. When an individual is addicted to drugs or alcohol they are at risk of getting in trouble with the law, suffering medical problems, ruining relationships with their children or families, losing their….